I will try to make this a short one.

I'm tired and actually quite disappointed with the Pas leadership.

They are playing dumb to the allegation by DAP's Karpal Singh that their president DS Abdul Hadi Awang is a liar. Burying their head in the sand, so to speak...."nope, I don't hear anything about an angry Punjabi calling our president a liar," so they said. 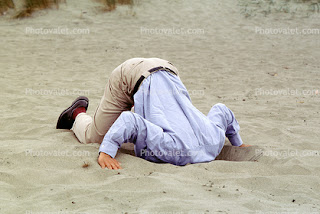 They keep on saying that the word "Allah" in the Malay language bible issue had been settled despite the clear fact that their allies do not accept their U turn stand that non-Muslim must not be allowed to describe their gods as "Allah".

PKR - Anwar Ibrahim said Pakatan is sticking with the first statement by Hadi, made jointly with other Pakatan leaders, that non-Muslim can use the word Allah.

Pas - Hadi said Pas had changed its stand and now don't want to allow the use of the word "Allah" among non-Muslims and that the party's stand had been accepted by PKR and DAP. Anything anyone want to know more about his stand on the issue was told to read Harakah....because the other publications are liars (I was told that he said this last one in Shah Alam today)

See, these are all very confusing. Don't tell me these Pakatan people going to only settle this issue only after they are in power in Putrajaya. How to run the country la if even this issue also cannot be settled?

Eh, enough lah...tiring la these bunch of Pakatan clowns....I better do something nicer than trying to figure out,  what if, Malaysians as a whole become stupid enough to let them run the country.....I better listen to some nice guitar playing instead....