My story : In the begining

My first memories were when I was about 4 years old.

At that time, my family was staying at a small house in Bukit Batu, near Kulai, Johor.

I was born at a nearby town not very far away from there.

My late father was a laborer who had to move us from town to town depending on his work.

My late mom was a housewife. She was semi-literate. She learnt jawi at a religious school when she was young but could not read the roman text. Later in life, she self-taught herself to read by going through the newspapers with the help of my father and my older siblings.

I was closer to my mom as my father was always away at work.

My father was the garang type. My older siblings were always scared of him. He, however, mellowed down as he grew older.

Despite my family being poor, I never remember us as being so. That was probably because I never mixed around with rich kids. Most of my memories when I was young were happy ones.

At the labourers' quarters where my family's house was located, the richest family was that of a clerk's. Their house got three rooms while ours only two. 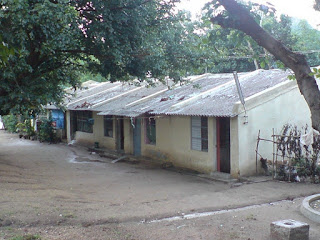 Occasionally, my mom would go to their house and I sometimes tagged along. It was marvelous to see all those luxuries - TV, fridge, washing machine etc etc. At our house, the most modern stuff that we got those days were a radio and an old sewing machine. My mom used a kerosene stove to cook and had to shop every morning for fish and vegetables as we got no fridge. We only acquired the other stuff when I was about 10 or 11 years old.

Somehow, I can't remember being envious of the clerk's family. Just admiration for their "wealth", but definitely there was no envy.

My fondest memory at that time was when my mom let me walk with her to a sundry shop nearest to our home. That was about three kilometres away. The towkay was a very nice old Chinaman who always gave me a sweet or two. Even that was considered as a luxury for me. Sometimes my mom bought me aiskrim kapit for five sen, which was really a treat.

My older siblings however always told me that our family was much better off by that time. They said previously we were much poorer.

I had always wondered how much poorer we could had been.

I was told that before I was born, during Hari Raya, the most luxurious food that my family had was ikan kembung sumbat. That is mackerel with its meat scrapped out and mashed with coconut and spices before it was tucked in back and fried. Our family couldn't even afford to have chicken or beef.

For vegetables, my mom would go to a nearby vegetable farm where the Chinese ladies working there would be kind enough to give her some kangkung, sawi or young yam stems deemed not good enough to be sent to the market.

There was once when my mom assigned my eldest brother to get those vegetables but he ended up only with yam stems of poor quality. My mom did some investigating and one fine morning caught him stealing yam stems from a nearby pig farm.

The yam stems was meant to be eaten by the pigs. Apparently, my brother was too embarassed to ask the nyonyas and amois at the farm for the vegetables. He would rather steal from the pigs. Of course he kena walloped by my mom.

My father would be at his work place during day time while at night he would go around doing part-time jobs, especially repairing cars. Those days his day job salary was only about RM150 a month.

My mom used to tell me that my father spent all his salary buying books and paying the school fees for my siblings.

For food and household upkeeps, our family had to survive on his extra income of repairing cars. At that time, there were yet to be any buku pinjaman scheme or free school fees.

My mom said my father had insisted for all of my siblings to finish school, something which he himself never had the luxury. He only managed to get to standard five of the sekolah melayu. Many kids in our neighbourhood at that time never finished school as their families could not afford their education. My father's dream was for his children to be better than himself, a labourer - maybe they could become clerks, supervisors, nurses or teachers. He never thought that any of his children would one day become engineers, surgeons, lawyers or corporate hotshots. That was beyond his comprehension.

My mom said my father's only true investment in life was his children's education. She said it was pointless for him to try buying land as what most other laborers did at that time because they do not have that much money anyway. She reasoned that, let's say a labourer like my father managed to buy 10 acres of land. After his death, the land would have been divided between us and each probably would get a small portion. What's the point then if we have no education? That was why my father was single minded in trying to give the best education for his children using all the resources available to him.

By the time my father passed away five years ago, he left behind only our family's kampung house and nothing else.

Just before he passed away, he told us to sell off the house. His dream however did come true. All of us his children are doing fine. I am the only laborer of some sorts in the family.

By the way, my father was laid to rest not far from my mom, who passed away much earlier. Their final resting place was at the Muslim burial ground of my adopted kampung. We managed to bring my father to be near our mom despite him passing away far from that place. That was another of their shared dreams fulfilled.
Posted by BIGCAT at 19:44