Ultra men need to shut up

A lot of not so nice things have been said about Chinese-based BN component parties after the disastrous 2008 general election.

Some of the harshest critics are in fact their own friends within the coalition, particularly those from Umno.

MCA and Gerakan were said to be not working hard enough to win back the Chinese community's support and some of their leaders were accused of being Chinese chauvinists who would be ever ready to defect to Pakatan in the event BN were pushed to the brink of defeat.

I used to think so too, that is until of late.

I am not very familiar with Gerakan and therefore not very sure what they are doing these days, but from what I observed, MCA seems to be on the rebound.

No matter what the Pakatan people said about MCA president DS Dr Chua Soi Lek, I think he is working very hard to do the right things for the party ever since he made his dramatic comeback from the sex video incident.

There seems to be some sense of urgency now in MCA's preparations for the coming general election. Well, at least that is what I observed in Johor of late.

Ok, it is still not so tip top, but at least the grassroots members seems to be enthusiastic again.

MCA service centers are now mostly opened and doing what they are good at - providing services for the Chinese community and others, by tackling problems ranging from ahlong menace to daughters running away from home.

These may seems trivial for most people more familiar with big big issues such as Anwar Ibrahim's saintly persona and the super intellectuality of Guan Eng and his new oh so handsome look - but the truth is that, these grassroots problems and efforts by these MCA guys in solving them are the ones which would win over the people's trust and confidence.

I honestly believed that no matter how much we argue for our cause and how cogent  the evidence of wrong doings we throw at our opponents, it all doesn't really matter if we do nothing to make any impact on what really matters to the every day life of people.

After all, mere talks are cheap.

On this point, I think MCA is the best party in this country. I can't remember any of their good leaders who are fiery orators. All are hard workers who were judged by the results of their efforts rather than what were spewing from their mouth.

MCA works for the Chinese community all these years, and I don't think anyone can deny that.

Yes, some may accused them of being involved in corruption or even organized crime, but individuals who strays from the good path should not be used to condemn the ideals of the party. 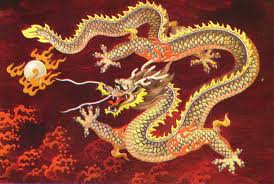 The other day I had a chat with an MCA friend who runs a hardware shop in Taman Ungku Tun Aminah.

He said things are not yet as good as before 2008, but at least things are improving and it would not be getting any worse for the party.

"And it is bullshit that they are saying Johor BN only have less than 10 per cent of the Chinese community support," he said.

"Those people who made that calculations are from KL lah, what do they know about things in Johor. Look at what happened in Tenang, BN got more than 30 per cent of the Chinese votes what. It could be better but at least it was more than the less than the 25 per cent in 2008.

"And can you please tell your Umno friends not to keep saying we are not doing work and Chinese are all against BN.

"They think all Chinese people like DAP ka? What have DAP done so great for us that we all like them so much ? Please la har, tell them that.

"Oh, one more thing, can you please tell that bugger Ibrahim Ali and people like him to shut the f#@* up. They are making it difficult for us la. They want to win personal brownie points, go and fight among themselves la. Don't use us Chinese as  bogeymen to make themselves look like heroes. Real stupid f*^&s la those people."