What a DAP girl want

Had a chat with a friend from Kota Iskandar last night.

It turned out that she was not even interested in the KL High Court's verdict of Anwar Ibrahim's case.

"Anwar will not make much difference anyway," she said.

"He was not even the main contributing factor to the BN losses in 2008 as he was just there to take the credit from the screwed ups of the past BN administration.

"Do you really think Anwar would have been of any consequence if Pak Lah was not the Prime Minister back then?," she asked

Reflecting on what my friend said, I do have to agree with her.

My personal opinion is that, this coming general election will be decided mostly only by two factors :

1. How fragmented is the Malay electorates?

2. How much have BN win back the Chinese votes?

Some may argue that Anwar is the uniting factor of the Pakatan coalition. Well, maybe so to a certain extent, but now that he is saddled with so much baggage, I see him as more of a liability than anything else to PKR, Pas or even DAP.

The night before the sodomy verdict came out, I had a phone conversation with someone close to me who is a DAP supporter. 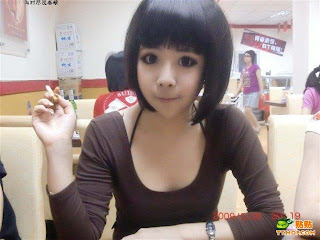 She was very confident that Anwar was to go to jail due to the "corrupt" judiciary.

"Let's say Anwar is found to be innocent by the court, and he lead Pakatan to victory and become PM....you like or not?" I asked.

"Choy!!!! Don't want lah. I actually cannot tahan him la. I think he really like men lar.....errr, can someone else become PM?" she replied, much to my surprise..

Honestly, I rather have Hsien Loong as my PM.....at least he is more handsome what....