I am going to concentrate on finishing my KPRJ story over the next few days.

Meanwhile, you all may ponder on this challenge by Mr Flying Squirrel About to Fall which he send on my previous posting. 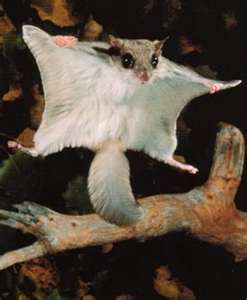 Flying Squirrel About to Fall said...

On the Medini deal, the multi-layer get rich scheme works like the following. Can Khazanah deny any of this?

1) UWI Capital (One) Ltd, Alpha (Four) Ltd and Alpha (Five) Ltd are all domiciled in British Virgin Island. They are controlled by a person called Imran Markar, who sits on the Board of Medini Iskandar S/B, Global Capital Devt S/B and Medini Central S/B. Terra Lumina S/B is registered in Malaysia and is also controlled by Imran Markar.

Now the question is - who is Imran Markar? Why the need for offshore companies? Is he a proxy to some people who are supposed to get the kickback from Medini land sale?

2) Why is KNB itself investing in Medini when the land was supposed to attract Middle Eastern investors?

The initial purchase of Medini land by Arab Consortiums were supposed to attract investment from Middle East. But what happened now is that most of the lands acquired back by Khazanah JV and associate companies (eg. KNB-Temasek JV, KNB-Sunway JV etc, Gleneagles, UEMLand-IIB JV).

If Khazanah were to eventually buy back the Medini land from these Arab Consortiums, then there was no need to sell the land to them in the first place.

Why go convoluted ways (ie. KNB->IIB->Medini Iskandar->Global Capital Devt->Khazanah/SunwayJV) when you can just have direct transaction KNB->Khazanah/SunwayJV. By having multiple layers, you are creating profit leakage vehicles, which ultimately benefitting people like Imran Markar.

As an example, didn't Medini Iskandar S/B pay a dividend of almost RM 500 mil in 2008? Didn't this mean UWI Capital (One) Ltd's portion of 25% equivalent to a cool RM 125 mil? Guess who was the accounting auditor? It is E&Y!! The same culprit who went in to dig all procurement files of IIB!! And this is only the tip of the iceberg. Who knows probably the real figures could escalate up to RM BILLIONS when we sum up the total laundered money for all middlemen vehicle companies.

Compare that to the petty theft that Khazanah is pointing at IIB Management - they looked so pariah in comparison.

Now, who is that foreign agent Sri Lankan Imran Markar again? Isn't he the one bossing around in Iskandar and telling people that he has direct connection to Azman Mokhtar?
3 January 2012 01:03
Posted by BIGCAT at 08:31