Another fashionable reformasi, anyone?

So, it's really looks like we are going to have another major demonstration in KL on Jan 9.

Free Anwar Campaign, they said. They are already starting with the national road tour.

Errr....Anwar still free what....these people don't want to wait until he is not free first ka?

Well, I guess these people are more advance.

By the way, the whole thing makes me feels like I am somewhere in Indonesia....or rather the Philipines. Thought these people want to be something like Singapore? Singapore better what, very peaceful and neat.

Anyway, I have to admit that I have this wicked wish for the "gathering" to happen. I don't think the authorities will be too nice this time like it was during the Bersih 2.0. No more nasi beriyani meal for those nab for rioting.

I also want to see if Marina Mahathir is stupid enough to join them.

Also Ambiga and her Bar Council gang for that matter....well, I just want to see this bunch joining in the rioting just for the simple pleasure of seeing them smartly attired in suits and being hosed down by the water cannons.

Yes, I am that wicked....hehehe

On a more serious note - I pray that no one is moronic enough to bring their children along. Errr, Marina, please ya, I know you want to be as cool as your daughter, but this time I believe it is going to be really some serious heavy duty stuff and not just a fun and be cool like occassion.

As for the uni students taking part, hmmm...sorry to say this - boys and girls, you all are being stupid.
Well, I don't blame you. I was as stupid as you back in 1998. 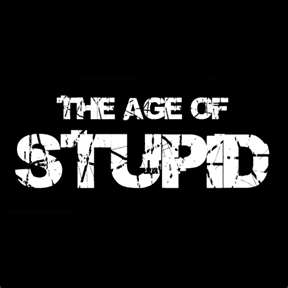 I was at all the major events of the Reformasi era...Kampung Baru, Masjid Negara, Anwar's house at Jalan Setiamurni in Damansara....I was even there when they arrested Anwar that night.

Wah, I tell you...I was so semangat...wore that white ribbon all over the place. Sometimes I got embarassed whenever I remember those days.

I know you all boys and girls will not listen to me, but what the heck lah, let me tell you this....it's all just a con lah adik-adik.

Well, I know you all are still going to join the crowd. Really, I understand, it's the fasionable thing to do. Demi perjuangan dan keadilan, they said. Yes, I understand. I was conned too back then. Never mind. Whatever it is, please don't get hurt ya.

Remember you parents who work hard to raise you into a smart adult and a uni student. Please try not to commit any serious crime during the rioting. It can destroy not only your life, but also your parents'.

I know, you have no intention to commit any crime...just a gathering for justice, they said....well, trust me, things will most likely get out of hand. I am speaking from experience. If that happened, try to stand to one side and avoid getting into any serious trouble, ok?  Take care.
Posted by BIGCAT at 05:17