A not very fashionable activist

A lot of people do not like former DAP hero Lee Lam Thye. They said he is publicity crazy. Well, maybe he is, but I really don't mind him that much.

To me, the guy works hard for what he believes in. Either it be when he was with DAP or now. Eversince he left politics following a fall out with the DAP leadership,, he has been working as an NGO activist. Yes, he does have business interests but most of the time we only get to hear from him is when he talks about issues affecting the community. What I like about Lee's NGO works is that he chooses to be involved in not very fashionable and neglected issues. 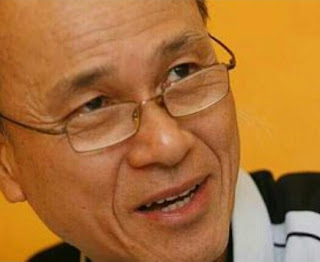 Today there was a story about him saying that mental illness is a reminder of another side of life which should not be overlooked. He said impact of this problem on individual and society needed to be addressed. Lee is the advisory member of Mental Health Council. The story is actually quite small at a bottom corner of page 23 of the NST. I can just imagine how Lee kacau the editors to get that small corner for his message. Some may accussed him as gila publicity but I rather see him in good faith. Not many people bothered to talk about mental patients and their family.

I think, if Lee is really publicity crazy he should choose other more glamourous platforms, like pretending to champion free and fair election or promoting lesbians, gays, bisexuals, transgenders (LGBT)  rights or AIDS awareness.

Those are the in-things bandwagons to jump on. Very Aung San Sukyi and Hollywood style. They are the cool and politically correct platforms to be on these days. Very fashionable to support these stuff . Ask that daughter of the handsome former PM if you don't believe me.

As for the really unfortunate people such as mental patients, thanks Allah we got irritating people like Lee to speak up for them. The glamour social activists from the Bangsar crowd mostly can't care too much about them. Mental patients are not easy to interact with, not cute and simply do not offer good photo opportunity such as during a rally against the establishment.

Well, never mind, this is still a free country despite more than half a century being ruled by the evil BN people. Everyone can choose to champion what ever they choose as long as it's legal to do so.
Posted by BIGCAT at 17:04