Back to Base (Updated)

The announcement was finally made last night, and I missed it as usual as I was stuck somewhere finishing up on some stuff that was leftover from last week.  Darn!

But that is OK, so at least we have confirmed PKR as contesting Segamat, Pasir Gudang, Ledang, Sri Gading and Sembrong in addition to Johor Bahru, Muar, Batu Pahat and Tebrau.

However Dr Boo had demanded a replacement for Segamat, so we shall just wait and see which one PKR will hand over to its pack leader.

My assessment is, DAP will accept Pasir Gudang or Tebrau as replacement for Segamat, but we shall see.

I just got back to the office today and spent most of the morning clearing stuff that has been piling on my to-do-list, and prowling for the latest news.

My earlier predictions of PKR contesting Segamat was made on the premise that DAP Johor would be fair to their partners.  I guess I gave DAP Johor and Dr Boo too much credit, because I thought as a Johorean, he would at least be fair-minded.  I should not have put too much trust in human nature.

DAP guys must think that the much hyped "chinese revolution (revolt)" is real and they feel confident that Johorean Chinese are harboring a deep hatred for anything Umno and BN.  The way Lim Kit Siang simply instructed DAP Johor to set up their election machinery in Johor Jaya, as if it is theirs for the taking with no consideration at all for PKR, is a measure of their utter contempt for PKR Johor.

PKR Johor, on the other hand, are just so desperate, that they simply swallow whatever being directed their way, pretending everything is hunky dory.  All indications seems to be they are willing to just pick up whatever allocated them by DAP and are still hoping that DAP will charitably give them Bakri, for Chua Jui Meng presumably, and maybe Kulai.  Totally dependent on DAP for whatever crumbs they might throw your way, huh? You people do not have much self-respect, do you?  I am upset on your behalf ... 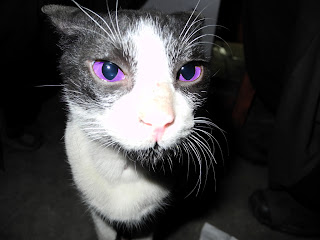 PAS, being the obedient pets that they are, happily skipped along, placing their candidates in the sure-to-die Malay-majority seats of Johor, at a time when their Malay support is at its lowest.  Just too pathetic for words ...

At the moment, BN are most vulnerable in Kluang, Gelang Patah, Bakri, Kulai and Segamat, from the most vulnerable to the least.  Since DAP had already indicated Segamat as theirs, it is unlikely they will give away Kulai or Bakri to PKR, unless they are willing to give away their most promising parliamentary representation.

State-wise, Bentayan, Skudai, Senai, Puteri Wangsa and Yong Peng are BN's most vulnerable state seats, and even then I included Yong Peng to make up the numbers.  With that, it is very difficult for me to see the unholy trinity making an impact this time around in Johor, unless BN really mess-up with the candidates they field.

Whatever the situation is, I am sure that BN Johor will do their utmost to achieve their 100% win target by fielding their most winnable candidates in places where they are most vulnerable.
Posted by BIGCAT at 18:07