Despite the text reminders, I missed the EC announcement just now.  I was stuck in traffic and couldn't make it on time to reach the office where we have a television set in the pantry.  As for the radio, I got so used to radio silence while driving, I forgot that I can listen in on the radio too for the announcement.

Besides, it is no fun listening to the announcement all by yourself in the solitude of your car.  You should be sitting around with friends, waiting in full anticipation of the actual announcement, even though you knew what is going to be announced, and that everyone will know of it within all of 2 minutes after it was announced.

It's like watching a football game on TV, knowing there is no way your team could possibly win against a much better team, but you sit through the game anyway, groaning in collective agony as your team struggle with the inevitable, hoping for miracles.  It's a social thing.

Anyways, I haven't had the chance to go around my usual haunts to pick up the mood on the ground, but I have been in contact with a number of my acquaintances for updates. 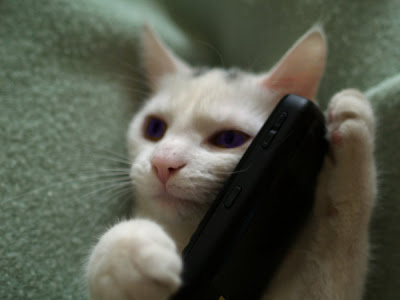 Apparently now that it is more or less certain that Dato Ghani will be retiring, some people are already celebrating their expected ascendancy, already salivating at the prospect of inhabiting Kota Iskandar for whatever reasons, without even caring that the hungry pack are yapping at their heels, ready to break them at their own power base.  Pathetic really ..

Ah well, I have never understood the hunger for power above all else.

The opposition trinity had more or less firmed up on their candidates, and DAP has started campaigning in earnest too.  With the Lim father and son show in town last week, I am going to do a bit of prowling on the ground to see what those two has been up to.

Other than that, I plan to lie low and watch how things unfold towards the nomination day.

In any case, I shall refrain from speculating about the possible match-ups until everything is announced on nomination day.  Nothing is certain until then.  Everything else would be pure speculation.  Not that I haven't indulged in some speculative reasoning before, but when dealing with humans, you can't be too sure of anything.