Work is taking over my life nowadays, and I hardly get time to roam about doing my own thing.   Tonight is another long night, doing unglamorous behind the scenes work that take up days of preparation but hardly get a mention.  Some nights I get so tired I hardly have the energy to do anything much before dropping into bed.  But what to do, someone has to do it, I guess, and it's not that I like to be in the limelight anyways.

What caught my eye was this posting at Bee Kim, (which is also available at NST) and this one at Unspinners.  I am not surprised at the "I am the victim" act by Lim Kit Siang because I have seen on TV how his son played the "victim" melodrama, Guan Eng must have learnt that from somebody.  And I also read about Lim Kit Siang's tears when he moaned about the ROS persecution against DAP, of course at the behest of Umno/BN.  Therefore, any more melodrama by this father and son act no longer surprise me.

Just now I received a text message from a friend who is part of the Chinese community in Taman Ungku Tun Aminah.  In his message he said, "Kelemahan DAP, di kawasan Cina cakap lain, di kawasan Melayu cakap lain."  You see, if that message was sent to me, that message must have been sent to other Malays too by concerned Chinese.

I will just have to make the time to have a long conversation with my friend to find out in detail what he meant by this since I don't understand Chinese, I wouldn't know what was being said in Chinese areas.  I'll write about it when I can wheedle that information out of him, insya Allah. 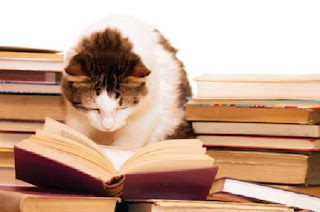