I think the ABU and their Tahan activities have gone too far.  You can read about them at Helen Ang's here and here.

Preventing foreigners from voting?  How do you define someone with MyKad as a foreigner?  You are that pure are you?  You ABU Tahan people are all 100% Temiar or something?

Hello, uncle .. you don't have enough audience in Malaysia for your vitriol ke, that you have to start spreading and exporting your venom beyond the borders?  Why just the Indonesians?  Why not include the Chinese and Indians?  Aren't their "motherland" farther away than Indonesia?  Come to think of it, why not include those from the Netherlands too? 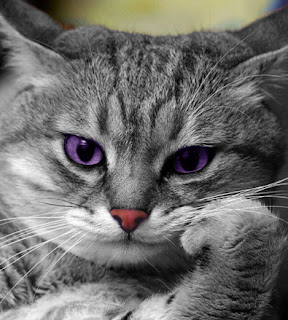 I really cannot understand these supremacist types who think they have the right to decide who deserves to be a Malaysian and who doesn't, according to their own narrow definitions.

I chose to be Malaysian, live in Malaysia, be loyal to Malaysia, just like those formerly undocumented Indonesians and Filipinos whom I bet value their MyKads far more than these Tahan lot ever do.  I think we have the right to vote for whomever we believe should lead this country because we are invested in its future.

Will I be stopped at the polling station by these belligerent hooligans then?  It isn't enough to incite the Chinese to "Revolt", you have to start bullying those you deemed as foreigners (because you think they don't share your point of view) from voting too?  Desperate much?

Hey, I can play the game too.  I decree that all those not born in Malaysia should not be allowed to become an MP or ADUN, they are not even allowed to vote.  How's that?

We are only deserving to be Malaysians if we vote for anything but Umno?  Woi, Umno does not contest in the elections la ... BN does.  Where I am, the fight is between DAP Lim against BN, and DAP Boo against BN.  Not a single Umno candidate.  You think I am going to vote for some backstabbing duo?  You never know whom they will betray next, most probably the rakyat.  If they can betray their own partner, they can betray anyone because only their interests are of priority one.

Sometimes I wonder whether these ABU types even care to see and understand anything beyond their own self-interests, collective insecurities, and narrow world-view.  Next they will be encouraging some idiots to take up arms to make sure that they get what they wanted, the way they wanted it.  Their way at all costs, to hell with everyone else.  Banyak cantik punya muka.

Do we really want to accede to these belligerent ABU bullies by voting the way they want us to vote?