Southern Johor is a region that is now better known as Iskandar Malaysia.  Within this growth region there are 6 parliamentary seats namely Tebrau, Pasir Gudang, Johor Bahru, Pulai, Gelang Patah and Kulai.

So what is the political situation here?  In one word ... HOT. 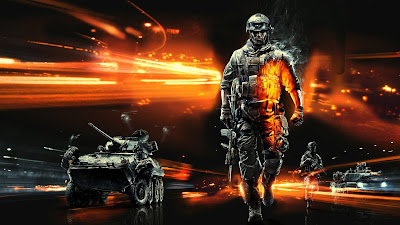 I find it interesting that Tebrau and Pasir Gudang have gone under the radar of most political commentators and analysts.  These two seats are, in addition to Gelang Patah, the focus of PKR attack in Johor for the past few years.  Admittedly that both are mixed seats with almost identical ethnic composition, comprising of about 47% Malays, 38% Chinese and the rest Indians and Others.

In Tebrau, the Puteri Wangsa seat would be an interesting watch.  We are seeing a three-cornered fight  between BN, PAS and an Independent.  For Tiram, I think that the hardworking and accessible Maulizan Bujang should be able to retain this seat for BN.  Choong of PKR has been working hard in this area since 2008, so Khoo will have his work cut out for him, but I believe that for the moment, the advantage is still with BN.  My assessment: advantage to BN in all three seats.

PKR has also been hammering Pasir Gudang, a mixed seat similar in ethnic composition.  Choong and his boys have been doing the rounds not only to garner support from the Chinese constituents but he also has a team of Malay aides to touch base with the Malay constituents.  One of the local PKR boys would have had a better chance here in Pasir Gudang, but unfortunately PKR and DAP have a similar centrally-controlled strategy that see locals being sidelined to make way for faces unfamiliar with the ways of Johor.

If you think Normala is easy meat in Pasir Gudang because she's new, think again.  She is the Pasir Gudang Umno Division Ketua Wanita, the most hardworking Umno wing on the ground, and I am sure Wanita Pasir Gudang will campaign hard to support her victory here.  My assessment: advantage to BN in all three seats.

As for Johor Bahru and Tanjong Puteri, I doubt that PKR has a chance in either the parliamentary or state seat.  You are talking about going against Shahrir Samad, someone totally synonymous with Johor Bahru that it is almost unthinkable that anyone can beat him here.  And Adam Sumiru is no pushover either.  BN's weak link here is Stulang, although in 2008 BN managed to garner 55% of the popular votes here.  I do think, however, that the Shahrir Samad factor will be the one PKR/PAS/DAP have to overcome here.  My assessment: advantage to BN in all three seats.

As I predicted earlier, if Salahuddin Ayub were to contest in Johor, the only place he would do so would be in Pulai, and so he did.  This is the home turf of Nur Jazlan Mohamed and I doubt that Salahuddin can dislodge him here.  The "semangat BN" abounds in Pulai last night as I took a detour through Pulai on my way  home from work.  My assessment: advantage to BN in all three seats.