Leave the family out, can or cannot....

The PM had said that everyone must not attack each others family members in the political battle.
Totally agree with the man. 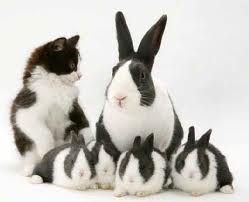 See, the cat is a politician, the rabbits who are his wife and children are not
So, just shoot the cat, ok.

In fact, when the whole issue about Guan Eng allegedly bribing parents of a girl whose breasts were allegedly fondled by his son broke,  I had cautioned the bloggers to be sure of their facts


and when Guan Eng denied his son was a breast fondler, I had advised him  on how to deal with it


How to deal with Umno barbarians


Now, that PM had told everyone to leave each others family out of the fighting, and I am certain Guan Eng and his gang agree, I demand for starters that the Pakatan and BN people to remove all those You Tube video clips attacking the wife, daughters and sons of their opponents, such as the one I posted here for comparative study

It would be interesting to see if the Pakatan guys and girls will not resort to the dirty tactics they had been using all along.
As for you all Umno barbarian bloggers, I would like to plead to you all -  lets abide to what the PM said....unless of course if the Pakatan people continue to be arseholes, attacking the non-combatants on our side lah.