The other day, my other half  urged me to read a Bloomberg editorial which praises Guan Eng and his handling of Penang's economy.
My other half works in one of those corporate organisations and seems to knows more than me about all those economic stuff. Me, I look at all those numbers and normally ended up with a headache. I tend to believe my other half when it comes to these sort of stuff.
Wah, that Bloomberg report makes Guan Eng, "the country’s only ethnic-Chinese state leader", seems like an economic genius. The best in the whole wide world lar.

Then came this guy SatD. I dont know who is this guy but I have been reading his blog for quite a while. He is quite good with all those economic stuff. There and then he gave Guan Eng and his suspected lackey in Bloomberg a tight slap. 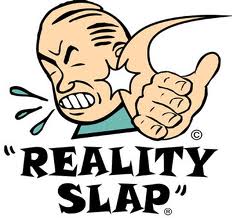 
The Proofiness of Lim Guan Beng