Moron in the limelight 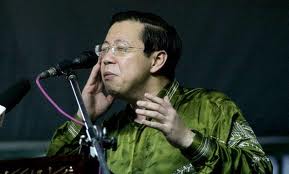 Ooops....wrong picture...that one despite looking like an idiot after being slapped in the face for being a crap Chief Minister is not THE MORON....that one is a spoilt brat liar.

This one is THE MORON in the limelight (you all see the light or not?) - 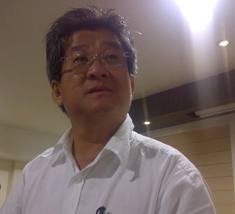 
Older drama : Refused to wear a songkok while attending the opening of Johor State Assembly despite the presence of the Almarhum Sultan Iskandar.in June 2008.

Latest drama : Membership suspended for six months by DAP for misusing party's fund to buy a lorry for his company. Suspension effective Sept 24 2011

Now in the limelight : Hailed as DAP hero today (a week after suspension) for claiming to have turned down a lucrative BN's offer to jump the fence.

Why I call him a MORON ? Because he made it so obvious that he is THE MORON.
Wei, at least wait la a bit after the suspension before making such a claim. What? You think this is Hongkie drama ka? Everything so convenient. Eh, MORON, nowadays people watch Korean drama lar. The plot more complicated. Simple plot like - hero fall from grace, then hero redeemed himself within a week - does not work anymore lah. People want better quality drama you know. You should hire at least Namawee la become the director - then only people want to believe one.

Ohh, just now one handsome gantleman called said BN should lodge a police report against this MORON. Told him no need lah. Why layan this type of DAP clowns.

But if you all BN people want to go ahead and lodge a police report, then go ahead lor. Knock yourself silly.  Well, kinda fun also....first got to see Guan Eng behaving like an idiot, now this time got to see this MORON kena fry pulak.

OK, you all BN people go ahead and lodge a police report. I want to listen to this very nice song. The singer is an Ipoh Mali boy. Always proud of Malaysian singers who made it big overseas :


See, even this music video got better drama, right?
Posted by BIGCAT at 20:02