I came across this during my usual prowling of the cyberspace, and boy, was I shocked about Tunku Kurshiah College, or Kolej Tunku Kurshiah, or better known as TKC, being renamed Sekolah Menengah Sains Tunku Kurshiah. 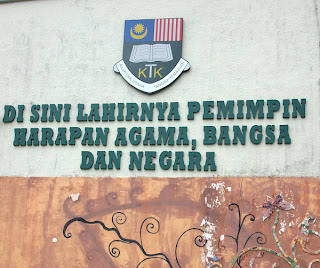 A school with 65 years history of academic excellence and an illustrious alumni, one of the best schools in the country - with excellent academic and co-curricular achievements - if not the best, will be relocated to a new site in Nilai, and in its place will be a Sekolah Menengah Sains.

When we visit the distinctive campus, surrounded  by cemeteries no less, beyond its double layer of fences and up the winding driveway lined with old trees, we will be greeted by the facade of the 60's buildings of the school's four residential Houses, from the outermost red Mahsuri, to the blue Tun Fatimah, followed by the green Selendang Delima and finally the innermost yellow Siti Zawiah, before we reach the Great Hall with the names of former Head Girls listed on its walls, and where practically every activity is held, be it Thursday's solat jemaah, Saturday's matinee, the annual drama and dance competitions, and of course the term-end assemblies where the best students would line the steps to the stage to be acknowledged by their teachers and peers. 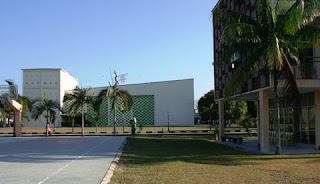 Then there is the main school building where the Domestic Science and the Physics labs used to be, at the back of the residential Houses is the Dining Hall with its High table in the middle and the extended wing at the back, then there is the square in front of the Dining Hall where the girls would sit and banter while waiting for the dinner bell to ring or to cheer for their netball teams during competitions - all these will be known as Sekolah Menengah Sains Tunku Kurshiah in the future. 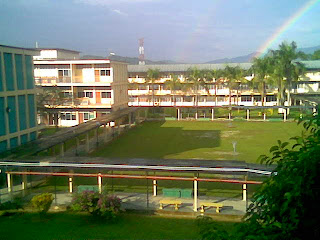 What la ... Is it not enough that you want to relocate the poor schoolgirls to some obscure place somewhere in Nilai, now you want to change its name to Sekolah Menengah Sains Tunku Kurshiah?  At least Sri Puteri gets to become Sri Puteri, Putrajaya - the school at the seat of Federal Government, while TKC gets to be the grand new Estate School of Nilai?

I don't get it - if it is too small, or too old, or too whatever, that they have to relocate the school to some completely indistinct new campus in Nilai, then why create a new school called SMS Tunku Kurshiah in its place?

Why not just have a new school in Nilai named SMS Whatever and upgrade the campus on Bukit Merbah (or wasn't it Jalan Cemetery too?) to accommodate new requirements while maintaining the name, the unique look of the old buildings, the traditions and the values of a great old school, and the all-around excellence the TKCians are renowned for?

Try doing the same thing to MCKK - change its name to Sekolah Menengah Sains Melayu Kuala Kangsar and see what happens.  Shall we try doing that?

Tell you what, let us change the name of Royal Military College to Sekolah Menengah Sains Tentera.  After all they also sit for PMR and SPM too.  Fair kan?

And while we are at it, let us change the name of  Maktab Sultan Abu Bakar in JB to Sekolah Menengah Sains Sultan Abu Bakar?  That school is still there, despite being right smack in the middle of the town.  Can or cannot?

And what about the resident ghosts of those buildings such as the Green Lady and the Soldier - are they going to relocate these beings to the new campus in Nilai too, or will they be part of the stories for students of the new SMS Tunku Kurshiah while the TKC girls, or KaTaK as they are called by jealous detractors, will have to contend with new jins and hantus at the new TKC campus in Nilai?