An editor and a pinch of salt


His commentary was then answered by blogger Hantu Laut here -

HANTULAUT: Editor Not Worth His Salt


Well, in the first place, Jahabar shouldn't get upset over the whole thing. After all, Malaysian Insider is free to choose what it wishes to highlight and so does the MSM. Fair and square, isn't it? Malaysia got freedom of the Press liao. Why got so upset my friend? 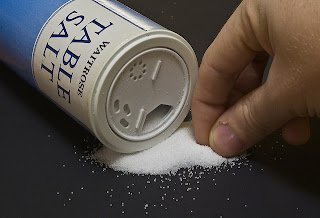 Anyway, is it really true that the allegedly pro-BN MSM doesn't highlight corruption cases involving BN people? Are you sure Jahabar? You are once part of the MSM, aren't you? Ever heard of the court or crime reporters being instructed not to cover such cases? As far as I know, if there is a case, and the story is good enough for publication, the MSM reporters will be there to cover it.

The MSM, however, will not go around chasing after baseless allegations, notwithstanding if it involves Pakatan or BN people. Mind you, the supposedly BN-friendly media are also susceptible to legal suits by BN people and had in fact been in the past suffered from such actions.

Had Malaysian Insider ever been sued by Pakatan people? I'm not sure on that one. You tell me, can?

But I do know that Malaysian Insider had been dragged to court for simply simply publishing stories based on some wild allegations. Malaysian Insider lost that case and Jahabar himself had to apologize to the aggrieved party as part of the settlement. You can read the story (by Malaysian Insider) here -


Well, back to the allegation that the MSM are pro-BN, blogger Helen Ang doesn't seems to agree with that assertion by the Pakatan people and those who support them, like Jahabar. Helen had been going on and on about certain MSM which she claims to be actually pro-Pakatan and I had been following her arguments with much interest for quite sometimes now. Here is Helen's latest entry on that particular matter -

I did once asked a MSM journalist friend on how to detect a surely pro-Pakatan people among his colleagues, and his reply was rather funny - "The sure pro- Pakatan journalists working for the MSM are former NST reporters now working for the Star." My reaction to that was " Biar betul engkau".....well, anyway, maybe it's just a joke among them MSM journalists....honestly, I don't know.


as one of my favorite sources of news. I believe it's the oldest and most reputable  English newspaper in Taiwan.
Posted by BIGCAT at 15:20