Somebody send me an email reminding me of my earlier promise not to write too much fluffy personal stuff. Thanks. Yup, I remember that, and will try not to do so too much from now. It was just this moving to Taiwan thing got me a bit emotional and ended up writing about my inconsequential self.

Arrived in Taipei late yesterday afternoon. It was raining and the temperature was about 10 degrees Celsius. No problem there as I came prepared with my winter clothing. The handsome Mr Yuen from the university who is going to be my study partner here was waiting to take me to my new place. He is going to help me with the researches, translations and stuff. Thanks Mr Yuen.

Also, I want to thank friends for wishing me well in this blog. A special thank you to that ultra Chinaman shuzheng for this -


Well, shuzheng, I had actually been to mainland China. Yes, it's a really amazingly beautiful country and I like the people I met there very much. However, the communist government is too strict on the people la. This blog is actually banned in that country. I can't accessed it there. My Chinese friends said it's probably because of this blog's pro-Taiwanese stand...well, I don't know lah...maybe.

My new place is not bad at all. Very comfy. The landlady is nice and can speak a bit of English. Well, her English is actually better than my horribly rudimentary Mandarin, which she totally can't understand. Really need to speed up my learning of the language.

Been checking out the news from home since waking up just now. The pro-BN bloggers were hantaming the DAP for their funny party election mixed-up claims. Guess the no Malay elected to their central executive committee (CEC) issue really hurts them that they have to resort to such tricks. Well Guan Eng, it's not going to work la. It will actually makes things worse for your party and your Pakatan allies. Where got such thing as a mixed-up like that. You said DAP is so efficient what, how can it be like that one? Eh, I think the other bloggers had written extensively on it, so that I don't have to elaborate too much. Enough to say that Guan Eng, being not so intelligent himself thought the people, especially the Malays could be fooled by such an insulting charade. Well boy boy, you got it wrong this time and will suffer for it, this coming elections.

It's still too early and cold to go out. I'm just going to have some cereal for breakfast and go out later to do a bit of shopping. Maybe in the afternoon, and if the weather permits, I will try to go for a walk at the nearby park in front of the mosque. I'm planning to do that as an exercise routine. 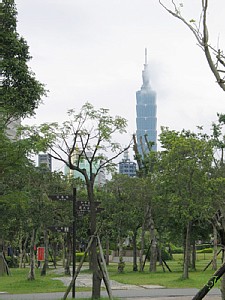 Well, till next time. Have a lovely Sunday everyone.