This is what I wrote on Christmas eve, exactly a month ago when DAP sec-gen Lim Guan Eng reignited the kalimah Allah issue -

Of course the reason why Guan Eng raised the issue on the eve of Christmas was political. There was no two ways about that. It's to appear that Christians in this country were being oppressed and denied their rights.

The target audience of that issue in my opinion were actually Christians in Sabah and Sarawak , especially the bumiputera of that faith who had for years been using the word Allah in reference to their God. Guan Eng message was made, so that they will see the evil Barisan Nasional government as suppressing their co-religionists in the Peninsular. It's all for their votes, of course.

As if the ordinary Christians in the Peninsular really care about using the word "Allah" to refer to their God.

It appeared that Guan Eng doesn't even seems to care about the consequences of his bait for the Christians in Sabah and Sarawak to DAP's Muslim allies in PKR and Pas.

Muslims in PKR and Pas should know that raising the "Allah in the Bible" issue so close to the general election could prove fatal for them who will mostly contest in Malay Muslim dominated constituencies in the Peninsular.

True enough, what happened after that was the flipping and flopping of the Pakatan Muslims, especially those in Pas.

First, Pas Dewan Ulama chief Harun Taib said only Muslims should use the word Allah. Then, a few days later, party president DS Abdul Hadi Awang said the non-Muslims can also use the word Allah and he was supported by the party's spiritual leader Datuk Nik Abdul Aziz Nik Mat. Less than a week later, the all powerful Syura Council of the party decided that the word Allah must only exclusively be used by Muslims. With that Nik Aziz reversed his earlier stand in accordance with what was decided by the Syura Council. Hadi, however, had stayed quiet on the matter.

Opposition leader DS Anwar Ibrahim, meanwhile has from the start being  supportive of Guan Eng's incitement of the issue. I think he has no choice on the matter. PKR is dependent on DAP's election machinery in  states such as Selangor where their on-the-ground forces were rather weak, or Johor where it was almost non-existence. They also need the DAP's Chinese supporters to back them up in the marginal constituencies where their candidates will mostly contest. Furthermore, Anwar is likely of the opinion that an alliance with DAP is more valuable than its alliance with Pas. PKR is after all marketing itself as a party for especially the liberal urban Malays while Pas is a party for the Muslim conservatives in the rural areas.

So, with that in mind, after the Pas' Syura Council decided to prevent the non-Muslims from using the word Allah to describe their gods, Anwar's right hand man Azmin Ali came out with a statement saying that the Pakatan's stand remains the same - the non-Muslims may use the word Allah. Pas' opposite stand following its Syura Council's decision doesn't matter, insisted Azmin.

The question at that point was - how come Pas' decision on the matter could be irrelevant when Pakatan insisted on allowing the non-Muslims to use the word Allah?

Yesterday, Anwar apparently gave an answer to that question during a Press conference.

He said, as far as the rest of Pakatan were concerned, the decision by Pas' Syura Council doesn't carry any weight to the opposition coalition because all that matter to DAP and PKR was Hadi's initial statement which supports Guan Eng's call for the word Allah to be used in the Malay language Bible.

Now, this placed the ball at Hadi's feet. Let's wait for him to make a statement which will be recognized by Anwar and the rest of Pakatan as the official stand of Pas on the kalimah Allah issue.

It is not going to be easy for Hadi as he knows he will be scoring an own goal no matter which direction he kicked the ball.

If Hadi is to follow what Guan Eng and Anwar want, he will face discontent within Pas which members mostly want the Muslims to have the exclusive right to use the word Allah. It will also cause irreparable damage to Pas' Islamists credential among Muslims in the Peninsular. But if he decides to uphold the Syura Council's decision, he will first be seen as a fool for initially supporting Guan Eng and Anwar on the issue and secondly, it will spell the beginning of the end for Pas as a member in Pakatan.

My bet is, Hadi will keep quiet on this issue at least until after the general election.

But, the writings were clearly on the wall following Anwar's statement yesterday - Pas is slowly but surely being made known of their actual place in the probable new Malaysia under Pakatan rule.

It's simple - Pas people will need to toe the line, failing which, DAP and PKR will once again unleash the likes of Patrick "motherfucker" Teo to bite their sorry kampung ass. 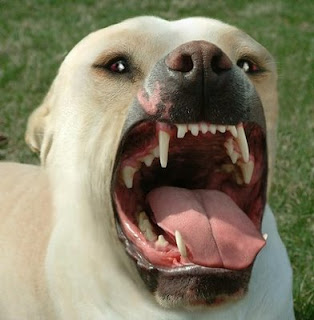 For perspective on the last part, read here -