Being at peace and not bitching too much

Last day at home. Just trying to enjoy every moment of it.

My favorite past time at home is to lie down on my bed and watch the bamboo trees outside the window gently swaying to the wind. It gives me the most peaceful feeling. 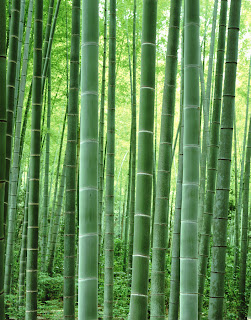 I also enjoy listening to the small birds chirping outside the house. Some of them set up their nests around the little garden.

Honestly, I'm ok with my life and enjoy these simple little pleasures even though most of the time I have to be away and struggle with a lot of nonsense in life. I'm not religious but I do thank Allah for giving me what ever little that I have. I don't understand why people who are much better off than me bitch so much about their life and the way things are.

Back then, when I still have a Facebook account, there was a guy who was among my Facebook friends who kept sending all those Pakatan propaganda stuff to everyone. I was a bit irritated but didn't say anything because I believe in freedom of speech. What I however cannot stand was when he tried to get me into a political debate on how horrible this country had become under the "evil and corrupted BN regime". I saw pictures of his beautiful family and home in his Facebook page and wondered what had the "evil and corrupted BN regime" ever done to make his life so horrible. He was after all among those few privileged Malay students who were chosen to attend a prestigious boarding school and then given a scholarship to study abroad where he met his wife, who is also on government scholarship. They are now living a good life with their children. The curtains of their house's living room probably costs more than my entire wardrobe. My conclusion is that - some people simply love to bitch. It's their little pleasure in life, I guess.

And talking about bitching, I think with a few more weeks before the general election, the Pakatan people are really running out of idea on what to bitch so that the rakyat will vote against the BN government.

Even attacking Rosmah to get at Najib is so outdated and low class. And the characters involved, such as Bala and Deepak are simply too dodgy to be believed. I think people are tired of such nonsense. Rosmah this, Rosmah that....bla bla bla. I know la the lady is an ex-TKCian and therefore tend to be a bit too strong willed and have a mind of her own, but for that they want to accuse her of personally supervising the bombing of Altantuya la, went on wild global shopping spree la and other horrid stuff? Give the evidence and don't simply simply accuse, ok? Be matured and not be so sleazy, can or not?

And Guan Eng, that DAP's gangnam style rip off video which tried to portray Rosmah in such insulting way is simply tasteless, ok? If you don't like people insulting your wife Betty, then what the hell were you trying to say when you endorsed that video. For goodness sake man, what were you doing being part of that video? How would you feel if Najib joined in the fun of insulting your wife?

Well, the other issues they tried to resuscitate are equally old and lame. Not even worth my time to comment here.

As I lay in the quietness of my home, my thoughts wander to my Chinaman who is a DAP supporter (though he kept denying being one). I had given up on trying to convince him that Guan Eng is just an irritating daddy's little boy. I'm now just hoping that he can visit me in Taiwan later on. I also honestly don't know if I will ever be able to settle down with him. After ten years, I can't even get him to quit eating pork.

Well, I hope he watch this speech by American pastor Joel Osteen -

Hmmmm...never mind....I'm going back to sleep now. Tomorrow night, maybe I will do a posting in Taipei, insyaAllah.
Posted by BIGCAT at 11:20