Of Eyes that Can't See (Updated)

Update:  Along the same line of thought, Annie shares her piece here.

I was having difficulties with reading all day and night yesterday because I misplaced my contacts lens case, with lens, and couldn't get a replacement where I was yesterday.  So there I was, going around, almost blind, hoping that I could survive the day without too much trouble.  Fortunately, my shortsightedness isn't serious, just -2.50 on the left, and -3.00 on the right.  So I could still see, though kinda blurry.

Fortunately, my shortsightedness does not extend beyond my eyesight, unlike some people who tend to see themselves as the all-powerful centre of the blogging world. 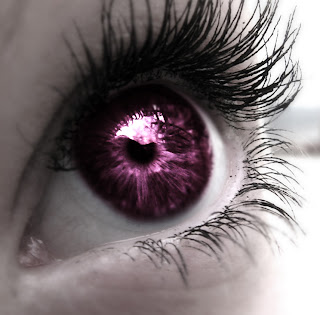 When I wrote about the real faces of Umno as defined by the ordinary kampung folks in the rural parts of Johor, it was because largely, they stayed true to the essence of Umno.  However, I am not blind to the fact that there are those who have lost their way, and given in to their personal greed.  The dirty minority are the ones that bring disrepute to the party and what it stands for.  They may not even be people in positions of power, but they are definitely in position to undermine people who are in power with lies, deceit, and treachery.  Especially when they work together in groups to create the desired perception.

They use all kinds of trickery to ensure that their targets give them what they want, most of the time involving huge amounts of money for services rendered, or simply to keep silent.  I know of some organisations who provide real professional services, and take in rejections gracefully, as professionals.  However, there are those who cannot take rejection well.

With the presumed power of the social media and blogs, these extortionists have gone online with their vile campaigns of subversion, coupled with insinuations and innuendos, claiming that their intentions are pure and for the good of the party, when in fact they are just fighting for their own stomachs.  And boy, what huge stomachs have they got.

Those who have openly sided with the opposition have revealed themselves, but there are many more within the fold.  Their eyesight never go beyond the size of their stomachs, and their concern for the party is not as deep as the pockets they want lined with money to finance their SUVs, latest gadgets and coffee at Starbucks.  Their hypocrisy sickens me.