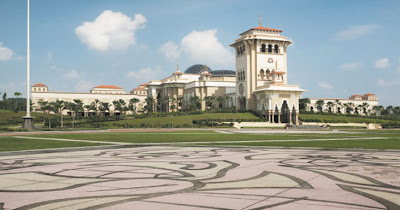 The Pakatan, most especially PKR, has been focusing their resources over the past few years on what they term as their frontline states of Johor, Sabah and Sarawak.  Now that we are that close to GE13, let us assess the situation on the ground.

With YB Lim KS confirmed to contest the Gelang Patah seat, everyone seems to be eager to focus their attention to Johor and you can already hear the experts predicting a BN fallout in Johor.  It is too easy to say that being a Chinese-majority constituency, Gelang Patah is deemed to be "kacang putih" for Lim KS.  From a certain point of view, even as he is the revered old man of the party, Lim KS is not exactly at the top of the power structure within DAP.  The present power structure belongs to the young guns within DAP, the ones making the operational strategic and tactical decisions for the party.

Lim KS is part of the old guard, whose role is predominantly to fight the fires and to subdue rebellions within the ranks.  The majority of the DAP members in Johor are of the old school, with deep respect for the original ideals of the party and view Lim as the father of DAP.   Hence he was quickly dispatched to Johor to cool down the southern hotheads fighting for their survival within the DAP new power structure.  More than anything else, Lim's decision to enter the fray is a reflection of how serious the fractures within DAP Johor is.

DAP knows that they will not be able to wrest Johor from BN in the GE, hence the real power within that structure will not risk their political career by moving to Johor.  However, those that do not belong to the new circle of power will be thrown into the southern refrigerator as "front-liners" until they are properly subdued for secondary roles within the new DAP power structure.  Those who cannot be subdued will be sidelined or discarded.

This culling process will be used extensively in the next GE in preparation of a direct assault in the following GE.  DAP will also continue using Anwar and PKR and their well-financed NGOs to ensure that they strengthen their political power base in their target areas.  This does not mean that DAP is poor, far from it, but it makes sense not to lose steam too soon by expending too much too early in the game.

In the mean time, the PKR machinery and the PAS hordes will continue to hammer BN Fortress Johor with their NGOs, financial might, religious infiltration and civil disobedient movements.  The DAP elites will only muscle their way into Johor for the kill once BN is sufficiently weakened.  The coming GE will determine how much they have actually gained, and the Johor stalwarts of the GE13 will have to make way for the elites once they have established a strong footing down south.

To counter PR's, or in this case DAP's, gains in Johor, it would serve BN well to double its efforts in not only Chinese-majority and marginal constituencies, but also in Malay-majority seats where Malay support for BN have been greatly eroded by arrogance, constant in-fighting and factionalism within Umno.
Posted by BIGCAT at 12:43