Blue and Green and Other Things

I saw a bit of the 206th Police Day parade on the news yesterday, and watched a bit where our guys in blue were given the recognition due to them.  Didn't get to see the whole thing as it was a working Monday.  The Sulu Intrusion has served as a reminder of how important our security forces are in protecting our well-being and how we have grown to take them for granted.

For those who keep on belittling them, deriding them, mocking them, abusing them, biting their ears, questioning acquisition of military assets, making up stories about our submarines in foreign countries, etc. etc., I wish you people would just find somewhere else to call home as you don't deserve their protection.  And once you are out of this country, stay out of our business and stop making clever pronouncements as if you are better than the rest of us.

So here's to our guys and gals who put their lives on the line for Malaysia. 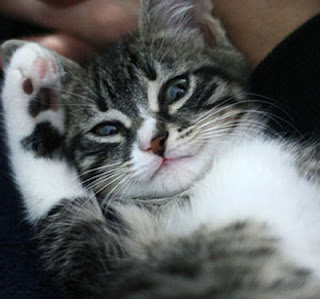 As for other things, the Lahad Datu incident got me curious about the pinoys, and I started lurking in their current issues and news forums to find out about how they view the Sabah issue.  I realised that many Malaysians are there too, and the "discussions" were rather interesting.  That got me curious about how the discussions were in the local forums, so I started lurking in Malaysian forums too.  It was kinda interesting but not something that I would want to spend too much time on.

Maybe it's just me, but other than blogging, the new social media is not really up my alley.  I got bored with Facebook after 3 weeks and was there just for the games, which I haven't got the time to maintain anyway.  I don't tweet either as I have nothing to broadcast that would be of interest to anyone else, and since I am neither funny nor charismatic, tweeting to nobody would be pointless.  Even this blog is courtesy of Ai who created a following whom I am afraid I may just bore to death, but at least it is an outlet for my thoughts.

But I do understand how social media can be used to reach out and to influence the online masses.  I am just not comfortable with the way it is being used to dumb down the masses, to manipulate perceptions based on untruths, to create panic through rumor-mongering, and most especially the bullying and terrorising.  Then there's the problem with bad language, as in the grammar and the expletives.   We have bullies in the schoolyards, bullies on the roads and now we have cyber bullies roaming the social media.

What happened to our eastern values?  Can't we eradicate this bullying culture from the Malaysian public?