How the "credible media" was manipulated - SC case

Singapore's Straits Times in a report today alleged that Securities Commission (SC) had failed to heed the recommendation of its own task force that Sime Darby Bhd was obliged to make a general offer for Eastern & Oriental (E&O) shares.

The report which would definitely put SC once again on a defensive mode was written by Straits Tmes' KL-based correspondent Leslie Lopez.

Excerpt of the MI story on Leslie Lopez's story (phiuh!) :

KUALA LUMPUR, Jan 30 — A Securities Commission (SC) task force found that Sime Darby Bhd was obliged to make a general offer for Eastern & Oriental (E&O) Bhd shares after acquiring a 30 per cent stake in the property developer but was superseded by the regulator’s top ruling authority.
Singapore’s The Straits Times reported that the task force was of the view that a general offer obligation had been triggered as a new “concert party” was created between Sime Darby and E&O managing director Datuk Terry Tham, who jointly controlled more than 33 per cent in the property concern after the deal.
Malaysia’s takeover rules stipulate that any party that acquires more than a 33 per cent interest in a publicly-listed entity must carry out a general offer for the remaining shares.
A general offer can also be triggered if a new party buys less than 33 per cent but secures management control of the target company.
But the SC’s final ruling three-member committee ruled “in a majority decision” there was no general offer obligation as Sime Darby and Tham were not acting in concert, according to an affidavit by the agency’s second-most senior commissioner Datuk Francis Tan, which was sighted by the Singapore daily.
The committee also accepted the task force’s recommendation that the three groups which sold the blocks of E&O shares to Sime Darby did not collectively control the company and that the disposal did not trigger a general offer.

Somehow this MI story never mentioned Leslie Lopez as the writer of the Straits Times' story.

Ok, those who are in the know among the media people in KL should know the connection between Leslie Lopez and the top people in MI and their financiers.

This gang are the same who desired the Sime Darby's GO of  E&O, but was thwarted when SC ruled that there was no need for such a thing.

If you say you don't know who are these people, let me put it in brief...they prospered during Pak Lah's time...and now itching to do anything to sabotage Najib and the BN government.

Now, how did Leslie Lopez got the story?....My not so intelligent guess is that he got someone who feed him the necessary info or idea of such info. My bet is, these are Malaysians and he/she/they are Insiders.

Got it or not? Nice game plan isn't it?

Why need to have the story in Straits Times first?

Because, everything which came from across the Causeway sound and smell more kosher, isn't it? No personal vested interest, isn't it? Like that lah, more credible.

MI can always claim it's just doing a follow-up of that story....of course with some spice and spin added.

The much maligned SC are now fending on its own. 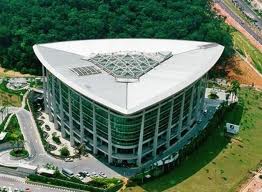 Guess, even those Malaysian cyberspace patriots who normally will jump to defend a Malaysian institution from these sorts of attack will shy away due to past differences with the SC top dogs and cats.

To make matters even worst for SC was that it can't even defend itself properly because the matter is now pending in court. Leslie Lopez conveniently left out this court case part despite after the SC people had logically explained to him that they can't comment due to it.

He put it there in his report that SC simply refused to comment, thus making it sound as if the regulator was not at all transparent...and arrogant.

With the general election being near, I see this whole thing as an attack not only targetting to undermine SC for personal vested interests but more importantly it is also an attack against the country's economy as a whole by creating unease and lack of confidence in the Malaysian stock exchange.

ps. To SC people who are pro-Pakatan - stop being gullible. Your heroes and their cronies are attacking the organisation where you cari makan for your family. They don't care for you. They will use you, chew you up and when they have the power and don't need you anymore, they will spit you out.  It's happening already.
Posted by BIGCAT at 17:26