Leave the Chinese schools out of it

NSTP e-media managing editor Datuk Zainul Ariffin Mat Isa in his column in NST today suggested for the creation of an education commission to look into possible ways to revamp the country's education system.

He said the commissioners, appointed by the Yang diPertuan Agong may do a better job at finding ways to improve things compared to politicians who have all these while been mired in, well, politics of course.

Zainul pointed out that our education system is most problematic to manage due to the constant need to find common ground due to its  fragmented and varied nature.

There are the national schools, vernacular schools, missionary schools and religious schools.

"Some parents, especially those who can afford it, who are  unhappy with the current situation and hanker for the educational system and values of the days of old, are moving their kids to private or international schools," said Zainul.

"Some migrate, while others got their children out of the system by homeschooling them."

Zainul posed a question on what is to become of the national education agenda if changes were not made.

"The consequences of the current system, never intended, but arisen, nevertheless, include allegations of poor soft skills, poor mastery of English  and the lack of sporting excellence," he added.

Well, personally, I feel that Zainul made the suggestion for the setting-up of the commission out of frustration. There seems to be at the moment no viable solution to what was seen as deteriorating quality of our education system. That is, despite the government spending almost 40 per cent of its annual budget for the schools.

I also suspect that Zainul, from the way he wrote the article, is a supporter of the idea for a single school system and in an indirect way was proposing for that idea as a solution.

My own take is that, the proposed commission will not be able to solve the problem and that a single school system will never become a reality, well, at least not in my life time.

It is clear that the reality on the ground these days clearly indicates that the setting-up of commissions does not really solve any problem. They can discuss, formulate and decide all they want, but the problems will always remain. Remember all those Royal Commissions and how they failed to change public perceptions?

The culprit - well, as usual, is politics of course.

Will a single school system solve the problem? I don't think so either.

In the first place, when we said our education system is in trouble, which one is in trouble, actually? Do you all hear anything about this from the Chinese educationists?

Whether we like it or not, we have to accept the fact that those Chinese and Indian schools are here to stay. 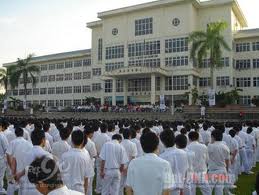 Bear in mind that most of the established Chinese schools are RICH. And they are not complaining. Their enrollment is also soaring.

If there were any real complaint coming from them, it is that their Unified Examination Certificate (UEC) being not yet recognized by the country's education authorities. Still, it is not truly a big deal as Chinese school students can still enroll at universities across the world. That has always been the case all these years.

I bet that Zainul and other proponents of a single school system do not have anyone close to them who studied in Chinese schools from Standard One till Form Five and then proceeded to further their studies at a Chinese university in China or Taiwan. I mean, someone like that who are really close to them and whom they can talk to with full honesty about the possibility of closing down the Chinese schools in favour of a single type of school for all children.

Well, if they do, they would know that their friends from the Chinese schools will fight them all the way. 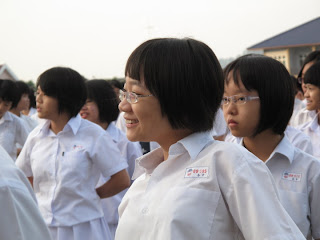 I understand why the alumni of these Chinese schools will never tolerate any idea of closing their schools. In fact, you can offer them the moon and the sun and I am quite confident that they will not budge.

These schools were built and developed largely through contributions by the Chinese community themselves over the decades. Everyone chipped in, from big time towkeys to hawkers and housewives as well as even gangsters.

I had even heard of stories that in the early days when the Chinese came to this country as mine and plantation workers, even the girls, who were tricked into working in the brothels made a regular collection among themselves to contribute to the schools.

For someone who had studied in a Chinese school, to agree to close down the schools is simply akin to betraying their heritage.

Honestly, I am not familiar with the Indian schools, but if the Chinese schools stay, they will want to stay too, despite their situation being even worse than the national schools.

It is therefore incumbent for those who want to improve the education system to be in touch with the reality on the ground.

They need to know what actually needed to be fixed.

Do not simply assume a solution based on one's prejudices and without knowing the true picture of the various school systems that exist in this country.

If the national schools are the one facing the problems, then focus should be given to them. It is easier that way than having a commission trying to figure out what is wrong and making recommendations without any authority to implement them. By the way, how are we to make sure such a commission will be free of politics or perceptions that it is politically tainted.

Anyway, all that aside, I don't think those smart people at the Education Ministry were totally clueless as to what ails the national schools. I even believe that they know what are the solutions. For me, it is just a question of whether those in charge have the political will to do the necessary.