Thought of not writing about the PKR convention in JB which ends today but then I happened to read this article in NST titled "PKR takes pre-polls campaign to Johor". It was written by Zubaidah Abu Bakar, the newspaper's leading political correspondent.

Too enticing lah, so here goes -

Zubaidah wrote that PKR president Dr Wan Azizah Wan Ismail told the 2,000 strong crowd of the party's new election pledges which include raising the minimum household income to RM4,000 in five years and return Felda to the settlers from the present management.

Zubaidah correctly pointed out that Dr Wan Azizah did not however detailed out how the party would implement those pledges. That one expected lah. Making promises very easy what. Give some details la Kak Wan, how to do all those wonderful stuff.

Then the article went on to explain that JB had been chosen as venue of the convention as a symbolic of PKR's intention and that of its allies Pas and the DAP, to break the BN's fortress of Johor.

"The party's  "show of strength" in launching the assault on Johor is believed to be part of the strategy to boost the morale of party members to face the mammoth BN machinery during the election campaign," wrote Zubaidah.

Hmmm....I am sitting in my office not that very far from Pulai Spring where the convention is being held but I don't see the "strength" being shown la. Well, never mind.... Oh, almost miss it - mammoth BN machinery? Where got la. Johor BN machinery is not so big...during the Tenang by-election, you can hardly saw them what.

"PKR began a weekend assault on Johor featuring Anwar and party leaders as speakers at night ceramahs in what is seen as attempts to deny the state from continuing to be fixed deposit for BN," wrote Zubaidah again.

Well, this nightly ceramah assaults were carried out in that small hamlet of Tenang to no effect la. This time they were assaulting the whole of Johor...uh uh, so drama. By the way, I wonder what were mentioned about Johor in those ceramah. Johor got big issue which can topple the BN State government meh? It was not mentioned in the article and I am not very keen to search the PKR websites for them...well, never mind.... 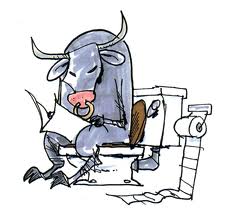 "It is not impossible. Selangor was also a BN stronghold," Azmin Ali, the party deputy president was quoted as saying.  Also expressing confidence was party secretary-general Saifuddin Nasution Ismail who said Pakatan can take over Johor, claiming that the current sentiment on the ground is similar to Perak and Selangor prior to Election 2008.

Wah! Really ka? If Azmin is confident, then he should come and contest in Johor la instead of sniping at PKR's Selangor MB Khalid Ibrahim. Also, since Saifuddin said he know the sentiment on the ground in Johor, he should also join Azmin here in Johor.

Really, Johor PKR got no one to lead them. The fact that Chua Jui Meng, the MCA reject is leading the party in the State is really pathetic la.

They are totally dependant on DAP and Pas here to do the works. In fact, Chua, not knowing his place, already had a fight with Johor DAP boss Dr Boo Cheng Hau...so how? Can la Azmin and Saifuddin, come and contest in Johor. Sure win one liao.

Zubaidah said it is uncertain how the party had come to the conclusion that Pakatan can take over Johor; its calculations were probably based on the sentiment of the Chinese in other parts of the country, which remain against the ruling BN. Hmmm....no la Zubaidah, they know they cannot win in Johor. That one they just simply said so that their people will not know that they are just lame ducks in Johor.
Posted by BIGCAT at 18:01