Watched the movie Invictus on HBO just now. Its about Nelson Mandela and the South African mostly-white Springbok team who won the 1995 Rugby World Cup. It starred Morgan Freeman and Matt Damon. Good movie, Do check it out if you haven't see it. 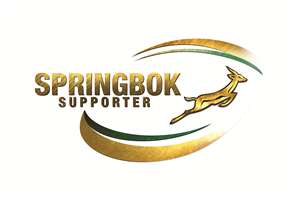 As I watched the movie, I remembered that some pro-Umno bloggers were a few days ago making noises about DAP crook Tony Pua telling everyone that the Pakatan people will cut down the civil servants to size if they come to power.

Well, guys. I think what he meant was "when DAP comes to power". And he was talking just to the non-Malays (read Chinese) when he said that.

The other Pakatan people would not do that. Pas and PKR Malays need the support of the mostly Malay civil servants. They would not harm the civil service....of course unless they are pressured to do so by DAP which supplied them with the crucial Chinese votes.

Anyone should realise by now that DAP, unless one is so politically dumb and blind, is waging a campaign of hate against all institutions deemed to be dominated by Malays in their effort to win total control of the Chinese votes. The police, civil service etc etc. Of course they don't use the "Malay" word but instead they use the word "Umno-controlled" to deflect any charges of racism.

But the reality is for all to see. Unless, one chooses to be blinded instead la.

Sometimes it sadden me to watch all those pro-Pakatan Malay civl servants being so passionate about their "perjuangan" without realising that they are actually being pissed on their head. 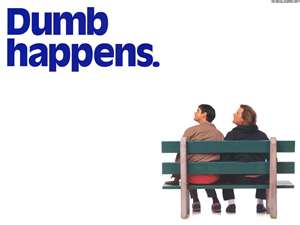 Seriously, do you think this country can survive this long if the DAP's charges of our civil service being an incompetent racist organisation is true?

Before Tony Pua, there was Guan Eng, who talked about Hitlerian thinking within our civil service.

Then there was the relatively moderate Johor DAP chief Dr Boo Cheng Hau who equate our civil service with those of Nazi Germany and South African apartheid.

Dr Boo's article on the matter which went viral on several pro-Pakatan web portals in June caused a ruckus at the Johor State Assembly.

I would like to republish a commentary written by a Chinese journalist from NST on what he think of Dr Boo/s racially tainted thinking (taken without permission). Hopefully some of those blinded civil servants are reading this.

'Nazi' label a disservice to the civil service


MOST of the time, I am all for free speech, as long as the speaker or writer can be truthful and back up their words with facts. I even agree with the recent controversial Facebook posting by Johor DAP chairman Dr Boo Cheng Hau on the country's civil service with regard to the lack of participation of non-Malays.

But my support ends there as I feel that his statements that our country is run along the lines of a totalitarian state akin to the Third Reich of Nazi Germany were unfair. His remarks were reported in the New Straits Times last Friday.

Dr Boo, who is also Skudai assemblyman, had on June 18, posted his article titled "Isn't a one-race civil service a form of apartheid?" on The Centre for Policy Initiatives website, which was later linked to his own Facebook page. This later caused a stir at the state assembly meeting last Thursday.
Being born and bred in this country for over 35 years, I do not see it being a police state or run militarily like how Germany was under the Nazis.

My opinion is that Dr Boo is being overly dramatic in drawing parallels between our country and "Nazi Germany" and also the civil service in promoting "racist", apartheid-like policies.

In his article, which has received widespread links in several online portals and blogs, Dr Boo alleged that Malaysia has a "huge and largely ethnic Malay civil service, completely loyal to Umno, but increasingly incompetent" and that is the biggest obstacle to Prime Minister Datuk Seri Najib Razak's 1Malaysia.

"Non-Malays have been gradually cleansed from the public sector with only a few remaining now in crucial and inevitable sectors such as teaching in vernacular schools."

"Like other totalitarian states in history such as the Third Reich of Nazi Germany, Umno needs a large number of Malay civil servants to control the populace through racism," he added.

Interestingly, in his Easter Day message in April, Penang Chief Minister Lim Guan Eng, too, had hinted at "Hitlerian" ideas and had asked Barisan Nasional (BN) leaders if it was wrong to oppose racial supremacy.

A Malay friend of mine, who is a rank and file personnel attached with the Johor police contingent, disagreed with Dr Boo and described his statement as being over-the-top, to the extent of mildly promoting racism. My friend, 25, had spent the past three years in service.

He said he would like to see the participation of more Chinese, Indians and those from other races in joinng the force as it would be an ideal platform to promote unity.

"But it's more of a choice for the non-Malays. They feel that the private sector can offer much more, thus the lack of appeal to join the civil service," he said, adding that the issue was far from just favouring a particular race.

This generally-held perception is accepted by many. You just cannot stop people who want a better life for themselves. After all, it is not like we are forced to serve our entire lives with the civil service.

Like most Chinese Malaysians, I am happy to say that I am not forced to wear shirts with a "Saya Cina" patch and interned in concentration camps, to be ethnically cleansed or gassed to death like how the Nazis did the Jews.
On the other hand, I enjoy the company of many Malay friends that I have had the opportunity to meet during the course of my work. There are some that I even consider my mentors.

Conversely, my Malay friends, some from varied backgrounds, also hold the same respect for me.

In many ways, I think Dr Boo's analogy of our country with the Third Reich and the apartheid regime is unfair.

The Nazis, under the leadership of Adolf Hitler, used the race card (or rather, the claimed supreme Aryan race) to crush any opposition, but it ultimately burned itself out. The word "Nazi" is today a dirty word.

The same goes to the now-defunct apartheid regime of South Africa.

So, with Dr Boo's article, we appear to be revisiting another nasty label in an attempt to provoke society. Such reference is nothing new, but it appears to be resurrecting itself for possible political gains. The issue of non-Malay participation in our country's civil service is quite well known and have been highlighted by the media many times before.

Dr Boo, or even those that tend to agree with the issue of non-Malay participation in the civil service, should instead come out with solutions instead of making a comparison on how similar we are to failed totalitarian regimes that run along racial lines.

I am not against constructive criticism. I do it all the time myself as I am doing it now.

But pulling out the racial card, such as Nazi-labelling, is a cheap trick that desensitise with a profound meaning that should be reserved only for its historical significance and the horrors that they were known for.
Posted by BIGCAT at 01:41