The whole thing will be endorsed by Ambiga,  the so-called heroine of Malaysian freedom for goodness sake. Pas support for her Bersih 2.0 had won the hard core Islamic party a moderate image and probably tens of thousands of votes from those who previously were scared of the party's theoracratic image, including the homosexuals, bisexual and other sexuals.

If Pas say it is against this Sexuality Merdeka thing, then how are they going to cope with the lost of support of sponsors such as these -


SPONSORS & SUPPORTERS of Seksualiti Merdeka 2011:
Amnesty International MalaysiaBar Council Malaysia Human Rights CommitteeEMPOWERKL WordKRYSS (Knowledge & Rights with Young people through Safer Spaces)Justice For SistersMyConstitution CampaignMyNetraPrecious Old China RestaurantPT FoundationPusat Rakyat LoyarBurokRev Yap Kim HaoQuek Sue YianSUARAMTenaganitaWomen's Aid OrganisationWomen's Candidacy InitiativeUnited Nations Theme Group on HIVand many other individuals
Pas' partners, the secular DAP and PKR can afford to take a stand of just not supporting nor condemning  Ambiga and the gang for promoting free sex. Pas on  the other hand must burn these people at the stake or risk being labeled as pussies due to their claim of being the defender of Islam and correct morality of Malaysians. 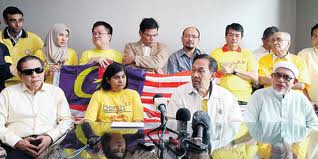 This free sex thing may even put the Pakatan partners at odd with each others. My bet is, they will resort to their usual excuse such as this -


Whatever it is, I think it will be a bit hard for Pas to explain to their supporters, especially those who risked their family members in support of Ambiga that she is no longer a Pas' heroine..... 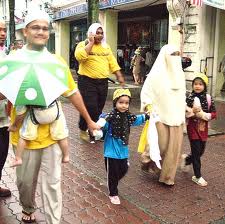