So, you still think they are not racists?

To know what the DAP people actually think of our civil servants, I think, it would be refreshing if we read some of these comments on a posting about Tony Pua's civil service slur in a pro-Pakatan website. I selected some of the juicy ones for your reading pleasure. Some of them are quite funny, in a perverted way. 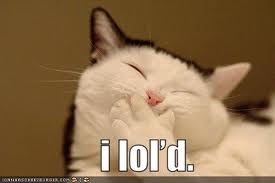 sbanmalee · 1 day ago
why is all the chavunist so touchy about such things ? isnt what Tony Pua saying rings true of the current bloated civil service ? one mans jobs, they hire 6.5 people. all in the pretext of being efficient.. actually helping the jobless getting jobs..why jobless ? because chruned out from Us even if not competent.
i dont mind the gomen helping. but why only must help own kind ? is this what its all about?...because the person is of the same religious make, so must help is it ? how about the sabahans and sarawakians ? no help also given to them. itu tak pa kah ? not that the chinese and indians needs govt jobs anyway...

DAP Supporter · 1 day ago
This is a true story of a Malay car workshop owner. He employed 100% Chinese. When asked why didn't he employ Malays. His aswer was this:
Malay workers will down their tools for lunch or break on the dot, irrespective of whether the work is half done or not.
But, for Chinese, he must complete his work first before taking any break. This is the difference: Attitude. Malays are lazy ....

Gavin · 1 day ago
Anything on Malay or Islam cannot be questioned but they are free to questions others. 1Malaysia concept is just a trick to blind ppl especially non Malay.
If they r serious about Malaysia for all then they should do away all the Malay or Bumiputra based policies and liberate the market.
Malays are not OKU and the GOM already help them more than 30 years so let them compete on a level playing field. One should succeed by hardwork.

stern · 1 day ago
Where can you fire civil servants, They have given so much of their time and effort to making our lives difficult by not doing a fucking thing right.

Bang · 1 day ago
What do you expect from UMNO, when most of the civil servants are members of UMNO. UMNO will never try to reduce the payroll of civil service as it is another form of cronism.

TSONG · 1 day ago
Anything usually associated with Malays or Muslims are apparently sacred and cannot be touch on. From a bloated civil service to blood-soaked animal sacrifices in schools. All are sensitive issues and by virtue of their association with Malays/Islam this means that they simply must be treated as unquestionable, even if it bankrupts the nation or leaves non-Muslim school children ill-at-ease at the sight of so much blood. If the nation is bankrupt, it will also affect non-Malays but no matter, they are supposed to just swallow it, because these either question the special rights of Malays which has just been extended to included the right to have a bloated civil service. Or the special position of Islam, so they override everything else, so it seems. Wow! Just as in communist China, the communist ideology was used in Mao's days to override everything else, this national ideology of bumiputraism is used to shut up everyone in this country.

Period · 1 day ago
Our bloated civil service is the only refuge for our unemployable local graduates. BN need to keep these lot off the streets.

bigjoe · 1 day ago
In the first place, WHY IS IT EVEN POSSIBLE TO BE RACIAL IN THE FIRST PLACE. The civil service is not suppose to be so overwhelmingly Malay in the first place. Everyone agree its a bad thing. THIS is perfect example why its a bad thing. When you try to make it better, charges of racism flies wildly. If it was not overwhelmingly Malay it would not be.. Whose fault is THAT..

Toffee · 1 day ago
Malaysia has one of the biggest, bloated civil service in the world! And most of us finds that it's far from civil dealing with them. it takes 3 persons to do one job. Certainly time to re-structure. May I also add that we need to increase the staff for local governments, I believe that there's so much more that can be done at the local level like maintaining roads/longkang, high-rise apartment issues etc.

Piss off · 1 day ago
By accusing Pua of being anti Malay just because he had asked for action to trim the bloated civil service expenditure, his detractors had tacitly admitted that the civil service is only for the Malays. Even though this is an open secret, this accusation has laid bare the racist intentions of the Govt and those who are now baying for Pua's blood.

Red Indians · 1 day ago
Our company deal with goverment both state and Federal for past 20 years , 80% of Civl servants DON"T How to Work Properlyn and most of them their productivity are equal to ZERO, only know how minat manja. some are not shameful to ask for Pay Rise and Promotion by using Politic. To these lazy and Clueless civil servants, they tot we Malaysian owe them a living.

Malaysian · 1 day ago
Yes! What’s wrong with publicity chief Tony Pua suggestion?
Of cause it is through that the civil service is full of filth, lazy, corrupt and untalented stuff.
And you don’t always say Mala sensitivity. We also human beings and we also sensitivity.
Stop nonsenses and start employ on merit base. Get rid of all unqualified a****.

WIKILEAKS · 15 hours ago
AS ONE WHO HAD BEEN INVOLVED WITH THE GOVT SERVICE, LET ME SHARE MY KNOWLEDGE HOW THE GOVT MACHINERY OF MALAYSIA GOT SO BLOATED WITH SO MANY OF THE UNCIVIL SERVICE IDLING AROUND IN OFFICE CHATTING ON THE PHONES, READING GOSSIP MAGAZINES AND NEWSPAPERS, OR JUST CHATTING AWAY WITH EACH OTHER OVER NON ISSUES. WORSE STILL THEY MAY BE GALLANTING AWAY HAVING A LONG DRINK AND HIGH TEA WAY BEFORE AND AFTER THE STIPULATED ALLOWED FOR TEA TIME AND LUNCH TIME. THIS IS BECAUSE THEIR ABSENCE WOULD NOT BE MISSED AS THE GOVT MACHINERY IS EASILY OVERSTAFFED BY A FACTOR OF AT LEAST 5 I.E. TO SAY, THE GOVT MACHINERY CAN STILL FUNCTION WITH JUST A FIFTH OF THE MANPOWER WITHOUT ANY SERIOUS PROBLEM!

WHY MAY WE ASK DID UMNO AND PSD(JPA) ALLOW THIS TO DEVELOP? THE REASON IS VERY SIMPLE. JPA'S RATIONALE FOR ANY UPGRADING OF THE HEAD OF DEPT'S POST IS THAT THEY MUST HAVE MORE STAFF AND OFFICERS UNDER THE HEAD. IN FACT THEY HAVE A RATIO FOR THE SUPERSCALE HEAD TO THE NO OF STAFF UNDER EACH OF THEM. BEAR IN MIND THE UPGRADING OF POST IS NOT DEPENDENT ON THE VOLUME OF WORK BUT ON THE NO OF STAFF UNDER THE HEAD!
Posted by BIGCAT at 11:46