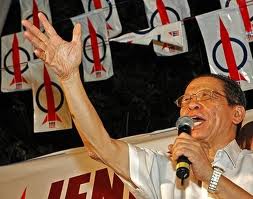 If the Chinese community factor is put into the equation of electoral battleground in Johor - things may get really gloomy for BN as the next general election draws near. Well, at least that is my perception, derived from the information I gathered from those who seems to be in the know.

A high ranking Johor Umno official disclosed to me that the situation is "really bad".

"And this is Johor, which is our (BN) stronghold where the MCA and Gerakan people can still show their face after the 2008 general election," he said.
" I can't imagine what is going on in Perak and Selangor which have more or less the same ethnic and geographic composition as us.
" To a lesser extent, I think the situation here also reflects on what is going on in the smaller states of Malacca and Negeri Sembilan which have large Chinese community.
"Let us not even talk about Penang."

The desertion of Chinese voters from  BN was almost complete in 2008 and indications in Johor points to the fact that the situation is still the same or worse this time around.

The Johor Umno official said BN in the State may only hope for just 30 per cent of the Chinese votes.

"In fact we will be lucky to have that much" he added.

What is actually the reason for the Chinese votes to swing so dramatically to the opposition?

"First of all, MCA and Gerakan really screwed up and have yet to really recover from what happened in 2008. All those lousy candidates they fielded in the last election really damaged our efforts," said the Johor Umno official.
"As you may observe, their election machinery are not yet moving properly. They are yet to start with the behavioral survey (bancian sikap) of the Chinese community in the respective areas despite the election being just around the corner, let alone go from door to door canvassing for support."

"Yes, there are some MCA and Gerakan division leaders who are making the efforts but they are the exceptions rather than the norms. 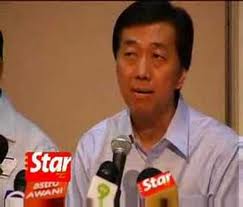 "Some of them do not even seems to care what is going to happen. Just look at (former MCA president) Ong Ka Ting, who is the Kulai MP. He did not even bother to be around when MB (Datuk Abdul Ghani Othman) visited the peti-peti undi in his area the other day. Doesn't he know that the local community are complaining to the MB that they hardly see him in Kulai?"

The Johor Umno official nonetheless was even more worried about the splitting of Malay votes which he claimed to have embolden the Chinese community to assert their political will on the side of the Pakatan alliance.

"I hope I am wrong, but personally, I feel that the Chinese community in Johor are quietly hoping to turn this state into something like Perak when the Pakatan people have power there after the last general election.
"They had a puppet Malay MB controlled by the Chinese DAP." 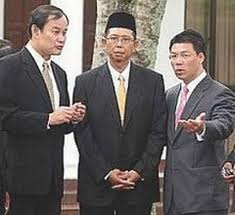 "I am actually amazed that the Johor Pas people do not seems to realise that they are just being used by DAP and PKR to split the Malay votes. In a worse case scenario, Pakatan may win several (electoral) seats in Johor but rest assured, Pas will not get any of them."

"Johor now, is probably at risk of ending up like Sarawak after their recent State election. The bumiputra on one side and the Chinese on the other. It is scary."

As of whether the voting trend had crossed the racial line as claimed by some. The Johor Umno guy had this to say -

"Bullshit! Just look at the Gelang Patah parliamentary area where the Chinese voters made up about 53 per cent of the electoral roll, Malays there are only about 33 per cent, and yet PKR lose there in 2008 despite DAP winning big in the Skudai state seat in the same area. (The other State seat in Gelang Patah is Nusajaya).
"The only explanation I can give you is that at that time, a Malay lady doctor was the PKR candidate. The hardcore DAP supporters in Skudai can't stomach voting for her.
"I can bet you that they will field a Chinese there in the next general election and from what I heard it is going to be none other than that bastard Chua Jui Meng." 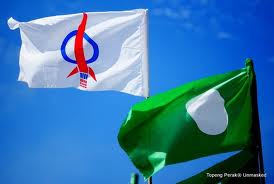 A talk I had with a friend who is a Kulai DAP office bearer indicated that there are some truth to what the Umno guy was saying.

"Yes, we are quite sure to win here (Kulai) and in Gelang Patah," she said.
"We are also confident about Bakri, Segamat, Labis and Kluang. The fifty-fifty areas will be in Pulai, Tebrau, Pasir Gudang, Johor Baru, Batu Pahat, Tanjong Piai and Ledang."

As for the State seats, based on what the DAP lady told me, Pakatan are aiming to win up to 16 of them. All are of areas with high percentage of Chinese voters.

The irony of it all, if indeed the Pakatan dream come through, Pas, who will play the crucial role of breaking the Malay vote will not get even one of those.

"We are confident to get up to 90 per cent of the Chinese votes and at least 70 per cent of the Indians," said my DAP friend.
" We are now hoping for Pas to help us reduce the BN's Malay votes. If they can managed  to reduce it to 70 per cent, we will consider them to have done a good job."
Posted by BIGCAT at 15:49