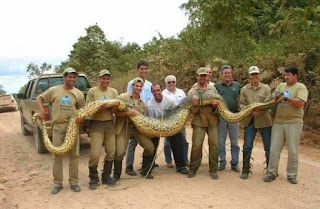 The legal profession is supposed to be an honourable profession.

At least, that was what I was thought many years ago.

Lawyers are supposed to be honourable people who adhere strictly to ethics.

They are supposed to use their cleaverness to uphold justice and defend the innocents.

Those ideals were what made me wanted to be a lawyer back then. It all sounds so profound.

Ok, of course on the bullshit side, there was the promise of money and glamour too.

The reality of being a lawyer in this country, however, is a wee bit different as I found out later..

The way I see it now, the more eloquent lawyers go to the courts while the cleverer ones, after failing to make it in litigation, become highly paid clerks, processing S&P agreements and what nots.

Yes, some are really good lawyers and honourable individuals who are God's gifts to society.

But a lot more are just scum bags, living out of the misery of others while pretending to be God's gifts to society.

Among these are those who for kicks and honourability, posed themselves as some saints, while peddling poisonous words laced with sweet promises. Some were actually more direct - they go around killing and stealing from people before burning their bodies in some oil palm estate.

Well, that actually brought me to my source of amusement today,

I just can't help but laugh when I read the statement by Ambiga about her not being an organiser of the Sexuality Merdeka thingy.

Ya la Ambiga, you are not the organiser, but you and your Bar Council buddies endorse the whole bloody thing.

And your insistence that you were planning to launch the event in your "personal" capacity was really funny la.

Why play with words like that? What? You are trying to impress us and wriggle out of the whole free sex thing with your cleaverishness, or is it lawyerishness?

Ya, I am inventing words here. So what? Everyone can invent new words and phrases. Words are cheap la Ambiga.

You can sell them sometimes, but you can't get the buyers all the time.

Now, why the hell you want to water down your affiliation with the festival? Is it because only now that you realise your endorsement of the festival is not winning brownie points for your Pakatan allies? That it is damaging to their political interests?

Why don't you and your Bar Council buddies hold a massive rally ala Bersih 2.0 to protest the police's ban against the whole thing? Get the Pakatan people to back your crusade for the rights of the homosexuals, bisexuals and other sexuals. The Pas' Unit Amal can make sure everything under control what.