Leave them kids alone....and a bit on Unesco

Went through the local news this morning and tried to find something really interesting to bitch about. Have to settle with the biggest headline managed by the MSM, that is the Court of Appeal's decision which rules that a provision of the Universities and University Colleges Act is against the Federal Constitution.

Actually, to me,  that one is no big deal. The case will go to the Federal Court after this la. It may be overturned and the whole bloody thing will turn into an anti-climax.

But since I got nothing else really interesting to talk about the local political scene today. then here goes ;

Well, as far as I am concerned, the government should just abolish the Act. Let all the boys and girls do what ever hell they want. They want to be Pas' cows and goats, let them be lah. 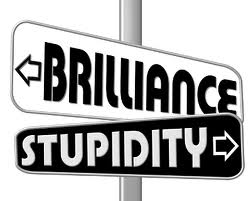 Why the BN government need to worry so much. All they need to do is raise the standard of examinations at the universities so high that those who goes monkeying around will flunk their exams and get kick out. Of course, most of these will be Malays, but never mind, better weed them out before they graduated and get hold of big positions in the civil service or GLCs. I know, these drop-outs will be pissed and join the opposition, but that is fine. Pas will have more Mat Sabu, the ITM drop-out. Now, how much more fun it can be, isn't it?

Better have 1,000 more Mat Sabu rather than 1,000 ungrateful high ranking civil servants who support Pas and its narrow minded ideology despite getting their jobs mostly because they are Malays rather then their borderline CGPAs.

As for the non-Malays undergraduates, they will be smarter and concentrate on their studies. I am sure of this. Yes, the DAP cadres among them will always be there, but rest assured, they will not cause havoc as they will be studying, then graduate and only then become fully grown arseholes like Guan Eng. (Don't be angry Guan Eng, I'm using the arsehole word just for dramatic effect. Umno also got its own arseholes, and I will get at them in other postings, ok?)

Honestly, what is this Universities Act thing anyway? All those private colleges and universities mushrooming all over the country, are they covered by it? How about TAR College, that MCA's institution for breeding DAP supporters? I am not sure and don't really care to study the whole provisions. To me, this Act  is outdated and belongs to the days when there were only UM, UPM, UKM, USM, UTM and ITM.

Eh, tired lah writing about this. DS Najib, just abolish the bloody thing, ok. I guarantee you will score some more points like when you abolished the ISA thing.

OK, now, to the international front - 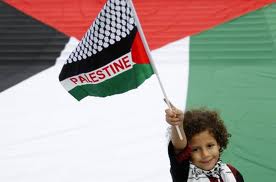 In Paris yesterday,  Palestine became the 195th full member of Unesco , as the United Nations organization defied a mandated cutoff of American funds under the Israeli ally's  federal legislation from the 1990s. The vote of Unesco’s full membership was 107 to 14, with 52 abstentions.

Unesco, which is best known for designating world heritage sites, is a major global development agency whose missions include promoting literacy, science, clean water and education, including sex education and promoting equal treatment for girls and young women.

The United States rejoined the organization in 2003, ending a boycott that began under 1984 over charges that the organization then was corrupt, anti-Israel and anti-Western and wanted to regulate the international news media.

On Monday, the United States voted against Palestinian membership, joined by Germany, Australia, Canada, Sweden, the Netherlands and Israel, among others.

The European Union failed to come to a common position. Some European nations, including France and Belgium, voted in favor, joining China, Russia, Brazil, India and most African and Arab states. Many other European nations abstained, including Romania and Latvia, which had earlier voted no in the executive council. Others abstaining included Britain, Poland, Portugal, Denmark, Italy, Japan, South Korea, Ukraine and Switzerland.

Palestinian foreign minister, Riad al-Malki, praised the organization, saying that “this vote will help erase a tiny part of the injustice done to the Palestinian people” and that it would help protect world heritage sites in Israeli-occupied territory.

The Obama administration had tried unsuccessfully to keep the vote from taking place.

US legislation dating from 1990 and 1994 mandates a complete cutoff of American financing to any United Nations agency that accepts the Palestinians as a full member.

Here are what  US officials said :
- US ambassador to Unesco , David T. Killion, repeatedly called the vote on Monday “premature” and said the United States would seek other means to support the agency, though he did not offer specifics. He added that  “there are no shortcuts” to a Palestinian state and that “we believe efforts such as the one we have witnessed today are counterproductive.”
- US Secretary of State Hillary Rodham Clinton called the Unesco application “inexplicable.”
- Representative Nita M. Lowey, Democrat of New York, called it “counterproductive,” saying in a statement that “Unesco is interfering with the prospects for direct negotiations between Israel and the Palestinians.”
- Ileana Ros-Lehtinen, the Florida Republican who heads the House Foreign Affairs Committee, characterized the Unesco move as “anti-Israeli and anti-peace” and called for a quick cutoff of funds.

Here are what the Israeli officials said -
- The Israeli ambassador to Unesco, Nimrod Barkan, said that Unesco had done “a great disservice” to international efforts to restart negotiations between Israel and the Palestinians. “Unesco deals in science, not in science fiction,” he said, noting that a Palestinian state is not otherwise recognized by the international community. Unesco, he said, had acted on a “political subject outside of its competence.”
- Yigal Palmor, the Israeli Foreign Ministry spokesman, said the vote would not give the Palestinians “any advantage on the ground” and called the Unesco vote “a big diplomatic car crash.”

Well, Dr Mahathir had replied to them in advance here -