When appeal by MCA-reject-turned-PKR Johor chief Chua Jui Meng to contest his former constituency Bakri was snubbed by DAP handsome poster boy Lim Guan Eng, everyone seems to think that Guan Eng got something serious against Jui Meng. 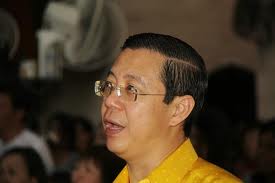 I believe most of you had already read an article in the MCA's pro-DAP The Star on the matter several days ago which pointed towards that conclusion.

The truth is, except for Jui Meng being formerly an old enemy, Guan Eng actually doesn't think much of the man. When Anwar Ibrahim put Jui Meng as PKR chief in Johor, Guan Eng probably had a very good laugh.

It just confirmed the fact that PKR have no one else to lead them in the State and that Johor PKR will have to kow tow to Johor DAP if they want to achieve anything. The same way that Johor Pas is now beholden to Johor DAP.

Case in point was the Tenang by-election where the Pas lady candidate received less than 3,000 votes of which more than half of them were from pro-DAP voters in the Labis Tengah ballot area which were made of about 93 per cent Chinese.

It is not a secret that in Johor, the only real problem faced by BN is the perceived dissatisfaction of the Chinese community.

All BN's black or grey areas are those with over 45 per cent Chinese voters. This was largely due to the constant harping about the Chinese community being victimised in this country by none other than DAP leaders.

In all honesty, there are no real big local grass-root issues in Johor which had not been handled by the State government.

Ok, there are questions about Lim Kang Hoo, JCorp, Medini, Kulim and such, but those are not what will swing votes to BN or Pakatan in large number. In the first place, were the allegations true? How many of the ordinary reasonable men and women out there really care about those corporate wheeling and dealings? How many seats in Johor will BN lose because of those question marks?

What? In Pakatan's states got no such question is it?

For those who don't believe me, please try to walk around in down-town JB and befriend a Chinese guy. Then ask him what is his main grouse against BN. I bet he will not say it's KPRJ doing business with Lim Kang Hoo. He will instead most likely say that he is not happy because last night some DAP people told him that Malay enforcement officers (who are likely members of that evil Malay Umno) have this very bad habit of throwing innocent Chinaman out of window of tall buildings.

Never mind, lets get back to Guan Eng and Jui Meng. Let me repeat this - Jui Meng and Johor PKR are NOTHING without the support of Johor DAP. They do not even have a proper election machinery in Johor. 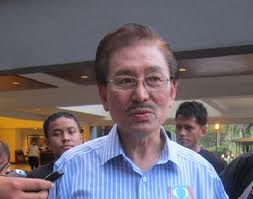 Jui Meng will lose if he contest in any area without DAP's help. That's a fact. The only place he stands a chance to stand on his own two feet is in his old constituency of Bakri in Muar where some of his old MCA supporters are still loyal to him.

Guan Eng know this and when Jui Meng made his intention known that he wants to go back to his now DAP-held Bakri, he seized the opportunity to teach the Johor Pakatan people two lessons -
1. DAP is the supreme leader of Pakatan in Johor
2. The Lim family are the ones who calls the final shots in DAP, even in Johor.

Everyone should by now know about the lesson number one.

But lesson number two is what is even more important to Guan Eng this time.

He need to tell off the hugely popular but independent-minded Johor DAP chief  Dr Boo Cheng Hau that not being a Lim disqualifies him from being a real major player in the party. 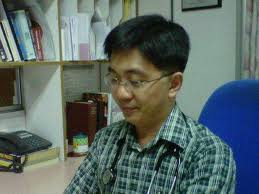 It is known by everyone that Dr Boo has had his run-ins with Guan Eng and his Johor-based proxies. So far Dr Boo seems to hold his ground against Guan Eng as far as Johor-related matters were concerned.

However, it so happened that Dr Boo and Jui Meng are not the best of friends either.

Initially, Jui Meng had wanted the Gelang Patah parliamentary seat which in 2008 was contested by PKR.

This spectacularly pissed off Dr Boo as his Skudai constituency is within that parliamentary area and he had worked hard to increase DAP's support there. Gelang Patah which has 54 per cent Chinese voters is a prime target as Kota Iskandar, the state administrative capital is located there.

It was said that Dr Boo would definitely win if he contest either his current Skudai state seat or Gelang Patah parliament seat or BOTH.

Dr Boo was so angry at the prospect of Jui Meng contesting in Gelang Patah that in September last year he refused to attend a major Pakatan dinner function near Sutera Mall in his Skudai constituency which was attended by Anwar and other Pakatan bigwigs. He repeated the snub, again at the same place last week during Johor PKR CNY gathering which was again attended by Anwar.

Jui Meng has now realised that Dr Boo may sabotage him if he press on wanting to contest in Gelang Patah. He knows that the DAP people loyal to Dr Boo are willing to do that. They would rather let BN win in Gelang Patah in order to spite Jui Meng. That was why he decided to approach Guan Eng and his people in KL to get their blessing for him to go back to Bakri.

Now, Guan Eng being Guan Eng, he decided to rebuff Jui Meng, knowing this will hugely embarrass the hapless man, who suddenly has no where to go. I can just imagine Guan Eng breaking into his trademark childish sniggering after pulling that fast one on Jui Meng.

Brilliantly, this also put Dr Boo in a rather tight spot. He is now forced to give way to Jui Meng. As Johor DAP chief , Dr Boo could not be seen as bullying a weaker PKR ally.

By right, Gelang Patah should be PKR's but most of the Pakatan's hard work there were done by DAP. Even if Dr Boo decides that he do not want to sabotage Jui Meng if he is to be the Pakatan candidate there, his people may still go ahead and sink the man, with or without Dr Boo's instruction.

Guan Eng may emerge the victor in this personal one-upmanship with Jui Meng and Dr Boo, but  what he may not realise is that Johor Pakatan may lose in both Gelang Patah and Bakri due to this little game he played.

Well, guess some people rather keep their big ego rather than using their brain. In this case good also lah, Now BN stands a better chance in Bakri and Gelang Patah. Thanks Guan Eng.