If there is going to be a place where Johor BN will lose in the next general election, it should be in Kulai. 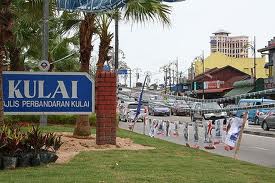 Kulai has  about 34,000 voters. It is the parliamentary constituency in Johor with the biggest percentage of Chinese voters.

The Kulai parliamentary constituency comprise 31 per cent Malay voters, 59 per cent Chinese and 10 per cent Indians.

The situation in Kulai is not good at all for BN. The leadership of Umno and MCA there are in disarray while their machinery in a state of paralysis. Only Gerakan, led by its Bukit Batu assemblyman Cheong Chin Liang seems to be doing some serious work. Kulai Wanita Umno also seems to be trying their best but they were hampered by a lackasadical attitude among division leaders.

It is understood that Kulai Umno leaders are currently jockeying for the single state seat allocated to them in Bukit Permai. Up to four leaders from the division were said to be lobbying the party leadership in Kuala Lumpur to be the Umno candidate there for the coming election.

Pas' presence there may be small and Umno likely to retain the seat, but the probability of Malay votes going to the opposition for the parliamentary seat from Bukit Permai will be quite significant in the overall scheme of things.

Even in Bukit Batu, the hardworking Cheong is struggling to keep things together for BN, especially among his Chinese constituents. It is going to be a 50-50 chance for BN in Bukit Batu as DAP is expected to field a strong candidate there.

It will be even more difficult for BN in Senai with its 67 per cent Chinese voters. MCA, which was supposed to field a candidate there are really handicapped with Ong Ka Ting hardly bothered to be in his area now that he knows he is already out of power in MCA and not going to defend his Kulai seat.

As for the Kulai parliamentary seat, DAP is expected to field their biggest gun, State opposition leader Dr Boo Cheng Hau who will also be defending his Skudai state seat. Any MCA candidate fielded there is expected to be blown out of the water by Dr Boo if Kulai BN do not get their act together.

The situation was made even worse by the refusal of the Kulai Umno division leaders to work with the party's State liaison committee which were trying hard to coordinate with the grass-root leaders in defending, especially the Kulai parliamentary seat. As far as Umno leaders in Kulai are concerned, all that matter to them is the single Umno seat of Bukit Permai.

It was quite sad, especially for grass-root members who are worried over the situation yet were hopeless to do anything because their leaders are only interested to further their own agenda.

It is understood that BN number two man Tan Sri Muhyiddin Yassin is coming to Kulai at the end of this month to see for himself the situation there. Hopefully he will talk some sense into the ears of Kulai BN leaders, especially those from Umno.