An aspiring MB and his merry men

What la this latest thing I heard about people of a certain aspiring MB behaving so unashamedly as if their boss is already certain to get the job.

I hear this from the JCS people, ok? Not Ghani people. Ghani people had already been told not to make noise about this nonsense as they need to focus on the coming general election.

These JCS people told me that this bunch of people are already touring Kota Iskandar, telling the people there which rooms they are going to occupy when their boss become menteri besar. 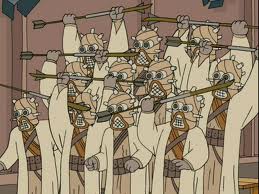 They were said to have even asked for the list of JCS people so that they can determine in advance who are to go to what post to suit their "needs".

Let's not even let me begin on how these bunch of people use filthy tactics to make sure Ghani vacate the MB post so that their boss can take over. Eh, Ghani don't want the post anymore la. No need to be so gelojoh, ok?

This is the old sickness of Umno. Party members who think they are so powerful just because they are from Umno. Lebih sudu dari kuah (more spoon than gravy). These are the sorts of people who are the curse of Umno.

These are the sorts of nonsense behavior which make people who are pro-Umno but not party members got sick of Umno. Lets not even talk about the fence sitters let alone those on the other side.

I don't know whether their boss know about their behaviour but if he does, he better tell them to stop it.

I know, the PM is going to spend quite a lot of time in their area when he visit Johor next month. But they should get it in their thick skull that he is going there not to endorse their boss as the next Johor MB. He is going there because their area is classified as "grey". That means their area are in danger and the PM need to be there to bolster support for BN. Got it or not? Sheeessshhh....

Talks on the ground among Johor contractors at the moment are that, if this aspiring MB really get the job, they need to hike up the cost of their projects by as high as 100 per cent  to accommodate the demands of his machais.

I tell you....if this happened, Johor will definitely go into the longkang.  This is what I have feared all the while.

My prayers now is for PM DS Najib Razak to be strong and wise in his decision.

Please Datuk Najib,   appoint someone who can really take care of Johor after Ghani retires.

I guarantee you, if a wrong choice was made, that's the end of Johor as we know it.