Last night MCA president Dr Chua Soi Lek told Chinese Johoreans that they should not vote for Pakatan because if the State falls to those people, they will have a Pas MB.

He said a State government in Johor led by Pas will be disastrous to Chinese interests, particularly their businesses as Pas is only interested in their Islamic agenda.

He was attending the Gelang Patah MCA CNY celebration at a Chinese School in Skudai, a hotbed of DAP.

Hmmm.... fine, but I think Dr Chua need to be more "deep" than that in convincing the Chinese not to fall for DAP tricks.

First of all, Pakatan will never be able to win in Johor in the next general election.

Even the most fanatical Johor DAP people know this. 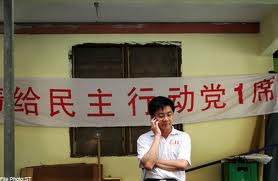 They know that their Malay allies in Pas and PKR would not make that much impact on the Malay Johoreans (unless of course if the Umno people sabotage each others like what they did in Sungai Abong and Maharani in 2008 la).

They themselves do not want a Pas MB as they know that Johor Pas are led by not so bright Malays. Really, can you name a bright Pas fella in Johor?  Mazlan Aliman? Please don't make me laugh.

Ok, now they are talking about Salahudin Ayub. Come on lah, if the guy is so good, why the hell he went all the way to Kelantan in the first place? Remember arr, he was the Pas campaign director during the Tenang by-election. See, what happened? The husband of the Pas candidate went and faked his MC also he cannot handle. Like that also cannot handle, how to become MB lah? The most he can be is something like that stupid dum dum Nizar of Perak whose balls are in the pockets of cousins Ngah and Ngeh.

Honestly la, DAP knows Johor will not survive a Pas MB. They know the Chinese in Johor do not want that to happen too.

All they want from Pas is for them to break up the Malay votes so that they can win parliamentary seats such as in Gelang Patah and Kulai. That is all.

Johor DAP will try to tell the fence sitters among the Chinese not to worry about Pas. They will stress on them to just give them their votes for parliamentary seats. They will still have the BN wakil rakyat in the State to do the donkey works while having a Chinese DAP rep in parliament to bolster the DAP strength in the event Pakatan takes over Putrajaya.

This will exactly happened in places like Tebrau. Halim Sulaiman of Puteri Wangsa need to buck up. DAP have been pumping more than 3,000 new Chinese voters who are their supporters into his area since early last year. Stop kacau-ing Maulizan and MB and do your work lah? You don't want to be wakil rakyat tell early lah. Can put someone else there to do the work. Save the crap until after the election, can or not?

Errr, ok lah, back to Soi Lek....please uncle arrr, tell Jason of Gelang Patah to be more handsome handsome. Maybe he can takes on Dr Boo in Skudai. The boy got great potentials but everyone thinks he is a bit of a gangster. Need to be refined a bit eh. The rest you know what to do lah. Push a bit la uncle, don't wait until the Umno guys having to go to all the temples and Chinese schools before you all like in Bakri. Can arrr?