Back from the cold and a stop in Serangoon

Dropped by at my favourite place in Singapore before going home.

Spent some time lepaking at the garden there. Nice and scenic place. Tidy and neat. It's just the garden of a cluster of HDB flats. Still, I wish that public parks in Malaysia could be as nice. Personally, I think our maintenance culture got a lot of catching up to do if we want to be on par with Singapore's.

The Causeway was a bit jammed on our side. Guess the Singaporean custom and immigration people, despite being more strict than their Malaysian counterparts, are more efficient. Well, another thing we can improve.

I'm no fan of Singapore, but I don't hate that country either. So, when they are better than us, I would readily admit so. We do have better things going on compared to them, but I don't feel it's wrong to learn from them when necessary, so that we can improve our country.

Anyway, I wonder if Penang under Lim Guan Eng will soon be as good as Singapore. My DAP friends said they always wanted this country to be like Singapore. Guess they can have it on the Penang island due to the overwhelming majority of Chinese there. Most of the Malay and Indian Penangites are in Seberang Prai now, or elsewhere, if I am not mistaken. Easier for Guan Eng to implement things in a place where the ethnic composition is less diverse, I think.

Then again, I could be wrong for assuming that ... 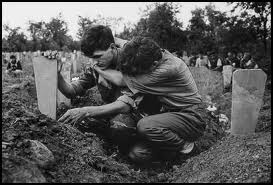