Today, I'm feeling a bit tired of Umno people....ok, just some of them. Irritating la.

The Pakatan people attacked me, I can handle, but what I find exasperating are Umno people who until now do not seems to realise that if they don't take care of their party now, things would get really ugly in the next general elections.

Instead of focusing their energy on fighting the Pakatan, they are busier with furthering their own personal interests, ego and agendas.

Why can't they save all that nonsense, at least until after the election?

Let's not even talk about sacrificing for the perjuangan lah. And these Umno people are mostly office bearers. Again, not all, but many of them.

From what I observe at the grass-root level, most of the ones who are sincerely fighting for the cause are the humble cawangan-level people.

I'm more comfortable hanging out with these type of Umno people. They are mostly the makchik-makchik and pakchik-pakchik whose only motivation is to ensure a better future for their children by ensuring this country remains a place where the Malays stand a chance to catch up with those of other races.

One of the things which stops me from joining Umno is the thought of having to mix around with all those types of Umno people whom I dislike. Really can't tahan their arrogance and pretensions.

Still, I do believe in what Umno stands for, that is to protect the interests of the Malays and being fair to the other races. The same as those of MCA, and MIC for the people they represent. Let's not fool ourselves, our country is still politically race-based. That's the reality, and this can be seen by the Pakatan's strategy when they divide themselves to contest constituencies with racial geographic as a determinant. 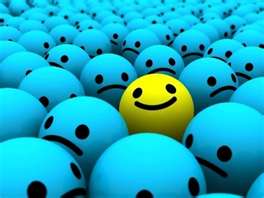 Ish, why la I am getting all serious....when I earlier thought of posting something, I thought of  putting something fun to counter this negative feelings about those irritating Umno people. Now I end up being preachy and irritating myself. Sorry ya.

Ok, here is something fun. My favourite Japanese cartoon when I was a small kid. Best in the world la at that time....eerrr, please ignore the subtitles, ok?