When I was younger, I had always wanted to be a lawyer.

At that time, I had this idea that lawyers are a heroic bunch of people. Even wasted several years of my life in law school, trying to be one of them. Guess I watched too much court room drama movies la back then.

Anyway, while studying the law, I developed this habit of trying to understand people accused of wrongdoing. That's probably, because I had then wanted to be a barrister and go to court defending innocent people. Sounds so noble, unlike those glorified clerks whom they called conveyancing lawyers. Silly me....

Nonetheless, this habit of mine somehow had stuck till today. That is why one may find all these weird postings in this blog where I seemingly side with rather unpopular characters.

This was my second posting right after starting this blog about four months ago -
Is she really a crook?
It was about that lady, everyone seems to dislike - Zarinah Anwar of SC.
At the moment I wrote that posting, Zarinah was the punching bag of the day among the bloggers. 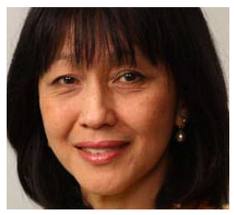 I read all those negative things about her and decided to try to know the woman. I mean the personal side of her.
I actually never met Zarinah.
What I found was that she is from a good family and her upbringing seems to be excellent. Her track records before she joined SC was similarly impeccable. In fact, after she joined SC, she was still doing well until those controversies hit her.

OK, the husband seems to be a bit of a shady character, but I kinda like Zarinah as a person. That is at least from what I found out about her.

I also think she is quite an elegant looking lady. In fact, when I am older, I hope I can look a bit like her.

I had not actually so much wanted to dispute the allegations against Zarinah, but merely feels that it was rather unfair to accuse her of this and that without knowing the human side of the lady. More importantly, I just don't want to swallow just any negative information about anyone without knowing a bit more about the person.

BTW, for the record, I personally think that Zarinah and her SC team did contribute to the fact that the country's capital market grew from a sheer water drop to over RM2 trillion in 2010.  Can't be all too bad, I think.

Then there were those postings about Johor MB Datuk Abdul Ghani Othman.
So many seems to prefer him to be replaced from his current post which got me a bit exasperated.

I know Ghani rather well, despite not being qualified to claim myself his friend. The man is good. I got no other simple word to describe him.

Ok, so he has been the MB for a long time, but does Johor really have a suitable candidate to replace him at the moment? I know, now I sound like a broken record.

Never mind, I now honestly hope that he retires or at least go to a Federal position after the coming general election. I think he doesn't have to continue to endure the bullshit that goes along with his current position. Nonetheless I really don't envy the person who is going to replace him as Johor MB. The job is simply not easy, that is, if it is to be done properly.

Fine, enough about Ghani. After all, I think I already wrote too much about him in previous postings.

I had also posted several other write-ups on persons and institutions not seems to be well liked such as Arlida Ariff and her IIB staff, the Chinese schools, and the latest, businessman Lim Kang Hoo and terror suspect Zulkifli Abdul Khir.

Whatever I wrote about them are my personal opinion based on whatever info I could find about them.

It amused me when some of the commentators accused me of being on the take for writing something neutral or a bit sympathetic about these people. Does it ever occurred to them that there are actually people who simply write because they like to write about a certain kind of subject?  That maybe they are not motivated by material gains?  That writing could possibly be a hobby for them, a creative and intellectually stimulating outlet for the curious mind?

Why must it always be that just because a person does not have any honour with a soul being corrupted with greed and envy that this person assumed everyone else is the same way?
Posted by BIGCAT at 18:05