So, Anwar Ibrahim today refused to retract his support for Israel's security or sue WSJ for "misreporting" his statement.

He said Nik Aziz, the supreme leader of Parti Islam SeMalaysia (is it Pas or Pis ?) who earlier demanded for him to do those had accepted his stand.

Honestly, I am lost for words.

I wonder what Nik Adli, the son of Nik Aziz has to say about all this.

Nik Adli, who fought alongside the Afghan Mujahideen forces against the Soviets in the late 1980s was detained under ISA from 2001 to 2006 for being suspected of leading the Kumpulan Mujaheedin Malaysia which military wing Kumpulan Militan Malaysia was headed by Zulkifli Abdul Khir, whose story I had posted here -

I surfed the net and found this old article about the incident which started the ball of fire rolling across the globe over the past three decades and shaped the life of people like Nik Adli and Zulkifli Abdul Khir.

I'm putting the article here in memory of a dear friend and all who lost their life due to the cruelty of those in power in the state called Israel. 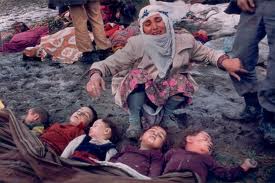 What we found inside the Palestinian camp at ten o'clock on the morning of September 1982 did not quite beggar description, although it would have been easier to re-tell in the cold prose of a medical examination. There had been medical examinations before in Lebanon, but rarely on this scale and never overlooked by a regular, supposedly disciplined army. In the panic and hatred of battle, tens of thousands had been killed in this country. But these people, hundreds of them had been shot down unarmed. This was a mass killing, an incident - how easily we used the word "incident" in Lebanon - that was also an atrocity. It went beyond even what the Israelis would have in other circumstances called a terrorist activity. It was a war crime.

Jenkins and Tveit were so overwhelmed by what we found in Chatila that at first we were unable to register our own shock. Bill Foley of AP had come with us. All he could say as he walked round was "Jesus Christ" over and over again. We might have accepted evidence of a few murders; even dozens of bodies, killed in the heat of combat. Bur there were women lying in houses with their skirts torn torn up to their waists and their legs wide apart, children with their throats cut, rows of young men shot in the back after being lined up at an execution wall. There were babies - blackened babies babies because they had been slaughtered more than 24-hours earlier and their small bodies were already in a state of decomposition - tossed into rubbish heaps alongside discarded US army ration tins, Israeli army equipment and empty bottles of whiskey.

Where were the murderers? Or to use the Israelis' vocabulary, where were the "terrorists"? When we drove down to Chatila, we had seen the Israelis on the top of the apartments in the Avenue Camille Chamoun but they made no attempt to stop us. In fact, we had first been driven to the Bourj al-Barajneh camp because someone told us that there was a massacre there. All we saw was a Lebanese soldier chasing a car theif down a street. It was only when we were driving back past the entrance to Chatila that Jenkins decided to stop the car. "I don't like this", he said. "Where is everyone? What the f**k is that smell?"

Just inside the the southern entrance to the camp, there used to be a number of single-story, concrete walled houses. I had conducted many interviews in these hovels in the late 1970's. When we walked across the muddy entrance to Chatila, we found that these buildings had been dynamited to the ground. There were cartridge cases across the main road. I saw several Israeli flare canisters, still attached to their tiny parachutes. Clouds of flies moved across the rubble, raiding parties with a nose for victory.

Down a laneway to our right, no more than 50 yards from the entrance, there lay a pile of corpses. There were more than a dozen of them, young men whose arms and legs had been wrapped around each other in the agony of death. All had been shot point-blank range through the cheek, the bullet tearing away a line of flesh up to the ear and entering the brain. Some had vivid crimson or black scars down the left side of their throats. One had been castrated, his trousers torn open and a settlement of flies throbbing over his torn intestines.

The eyes of these young men were all open. The youngest was only 12 or 13 years old. They were dressed in jeans and coloured shirts, the material absurdly tight over their flesh now that their bodies had begun to bloat in the heat. They had not been robbed. On one blackened wrist a Swiss watch recorded the correct time, the second hand still ticking round uselessly, expending the last energies of its dead owner.

On the other side of the main road, up a track through the debris, we found the bodies of five women and several children. The women were middle-aged and their corpses lay draped over a pile of rubble. One lay on her back, her dress torn open and the head of a little girl emerging from behind her. The girl had short dark curly hair, her eyes were staring at us and there was a frown on her face. She was dead.

Another child lay on the roadway like a discarded doll, her white dress stained with mud and dust. She could have been no more than three years old. The back of her head had been blown away by a bullet fired into her brain. One of the women also held a tiny baby to her body. The bullet that had passed into her breast had killed the baby too. Someone had slit open the woman's stomach, cutting sideways and then upwards, perhaps trying to kill her unborn child. Her eyes were wide open, her dark face frozen in horror.

"...As we stood there, we heard a shout in Arabic from across the ruins. "They are coming back," a man was screaming, So we ran in fear towards the road. I think, in retrospect, that it was probably anger that stopped us from leaving, for we now waited near the entrance to the camp to glimpse the faces of the men who were responsible for all of this. They must have been sent in here with Israeli permission. They must have been armed by the Israelis. Their handiwork had clearly been watched - closely observed - by the Israelis who were still watching us through their field-glasses.

When does a killing become an outrage? When does an atrocity become a massacre? Or, put another way, how many killings make a massacre? Thirty? A hundred? Three hundred? When is a massacre not a massacre? When the figures are too low? Or when the massacre is carried out by Israel’s friends rather than Israel's enemies?

That, I suspected, was what this argument was about. If Syrian troops had crossed into Israel, surrounded a Kibbutz and allowed their Palestinian allies to slaughter the Jewish inhabitants, no Western news agency would waste its time afterwards arguing about whether or not it should be called a massacre.

But in Beirut, the victims were Palestinians. The guilty were certainly Christian militiamen - from which particular unit we were still unsure - but the Israelis were also guilty. If the Israelis had not taken part in the killings, they had certainly sent militia into the camp. They had trained them, given them uniforms, handed them US army rations and Israeli medical equipment. Then they had watched the murderers in the camps, they had given them military assistance - the Israeli airforce had dropped all those flares to help the men who were murdering the inhabitants of Sabra and Chatila - and they had established military liason with the murderers in the camps. 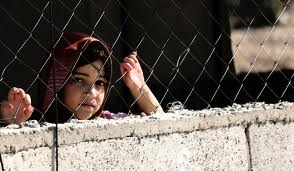 And then there are Gaza and the other Palestinian occupied territories.

For that, listen to exiled Singaporean surgeon Dr Ang Swee Chai, who was in Sabra and Shatila during the massacre in 1982 and still working to help the Palestinians till today.