Kelantan MB Datuk Nik Abdul Aziz Nik Mat has today lifted the ban on female Quran reciters from taking part in competitions. The ban has been in place since Pas took over Kelantan in 1990. The reason given at that time was that women's voice is part of their aurat (body) and therefore should not be displayed in public. Nik Aziz probably thinks it is different now.

I guess, Pas people are quite flexible afterall, as even Nik Aziz seems to be capable of changing what he used to  interprete as haram (forbidden) in Islam then into something halal (allowed) now. Normally these sorts of things were really a no no.

Well, then again, I'm not a really religious person. So, I wouldn't claim to know any better. Who am I anyway compared to all those ustaz and ustazah who proclaimed themselves to be ballot box Islamic warriors of Pas. They surely havea good excuse for their Tok Guru's change of heart concerning such a fundamental element of Islamic principle.

Anyway, I do wonder if the lifting of the ban on the female Quran reciters has anything to do with Pas' effort to soften its image to make the party more acceptable to their allies, especially the Chinese-based DAP. Pas seems to be doing that a lot of late. They have even agreed to shelved their aspiration to set-up an Islamic state so that Karpal Singh don't have to die and has his body being step over by Pas people. This bending backward for DAP thing has actually been sorts of a yoga-like exercise for Pas. 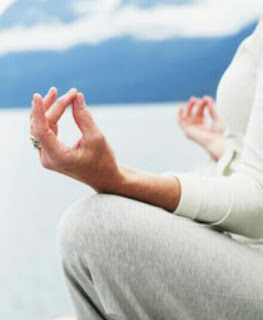 Maybe, one of these days, Nik Aziz may proclaims that yoga is not haram after all. Wah, sure can get lots of votes for that one.

I do however wonder if Pas will ever revert back to it's true self. Probably they would one day. Yoga is afterall just an exercise only. Can be like this, can be like that liao.
Posted by BIGCAT at 21:24