Ok, this is the original Pakatan story about the late Altantuya - She was an exotic sophisticated multi-lingual lady involved in the 2002 Malaysia-French  Scorpene deal as a broker cum intepreter. She was also said to have some sorts of an affair with Najib along the way with Razak Baginda acting as her "pimp". She was said to have come to Malaysia in 2006 to get her share of the deal and threatened to expose her affair with Najib. Her plan was however intercepted by the supremely evil Rosmah who then supervised her being blown up to pieces. Jolly good story indeed, isn't it?

This is however what we learned from the trial of Altantuya murder case -
She was a Mongolian single mother whose only foreign language skill is Russian and rudimentary English. She met Razak in 2004, two years after the Scorpene deal. The two fell in love and started an affair but the married Razak decided to end it after awhile. She then came to Malaysia trying to persuade him to continue with the affair. Razak asked for help from police officers that he knew to stop her from harrassing him and his family. Something went wrong and she ended dead. Razak was found not guilty for the murder as he never ordered the killing. The two policemen involved in the case were however found guilty and sentenced to death. 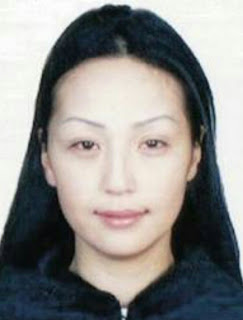 Fast forward to now -
Pro-Pakatan Suaram lodged a complaint with French court on the Scorpene deal in an effort to tarnish the government, particularly PM Najib by trying to revive the original Altantuya the sophisticated lady theory. The French court obliged as per their duty. Findings so far based on French police intel -

1. She had never set foot in France.
2. She can't speak French, thus she can't possibly be the intepreter, let alone be a broker in the Scorpene deal.
3. The negotiation over the Scorpene deal was in English anyway.

This proved to be quite an embarassment for Pakatan people.But as we know, these people are not known to be capable of being ashamed. Just go to any pro-Pakatan blogs and websites and you all can see how they tried to wriggle out of this quite tight spot. Some of their arguments were outright absurd if not hilarious. Maybe you all should check them out for entertainment.

Well, as far as I'm concerned, Pakatan people, via their lap dog Suaram had checkmated themselves on this issue. The whole thing make them look like idiots indeed.
Posted by BIGCAT at 13:41