Anwar not so cock sure anymore

Things seems to be not going well for DS Anwar Ibrahim in his Rm3 billon troubles.

Today NST and BH carried an exclusive interview with Abdul Razak Idris, the former official of ACA (now MACC) who produced a statutory declaration which cleared Anwar of allegation of stashing the RM3 billion when he was the DPM and finance minister.

Razak said he was instructed to produce the SD by Anwar.

The SD was the crucial evidence used by ANWAR in his suit against NSTP in 2003 which denied his guilt in the case. Anwar won the case and received a substantial amount of money after the BN-bias court found in his favour that NSTP had defamed him with the Rm3 billion allegation.

Razak was interviewed by phone by NST hotshot journalist Farrah Naz Karim who is also the newspaper Putrajaya bureau chief.

Razak was in Indonesia and his exact location seems to be unknown.

The Anwar's camp was reportedly taken by surprise when informed about the interview. They must have been cock sure the guy was in their pocket. 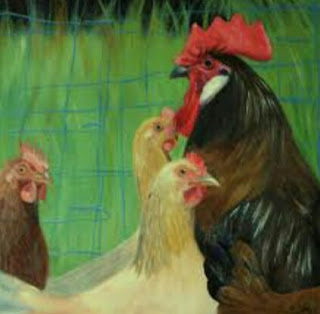 Anwar was so sure he got everything under control that he had earlier yesterday in parliamet said that he was ready to be investigated.

I don't think he is so sure now, as MACC, I was told by friends in Putrajaya, has reopened investigations into the 13 year old case following the discovery of new evidence.

These are indeed gripping stuff. Hopefully we get to know some of the outcome before the coming general election.
Posted by BIGCAT at 11:49