Things do not look good for the millions of people living in Klang Valley and Selangor as far as their water supply needs are concerned. Reports indicated that water reserve levels there were nearing zero. According to Syabas the demand for water in Selangor and Klang Valley currently stood at 4,364 million litres per day, which is razor thin close to the 4,371 litres maximum out put of the available water treatment plants.

The pigheededness of the PKR-led Selangor government is only making things worse. 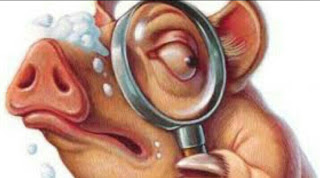 Their unwillingness to cooperate with water suppliers and the relevent authorities in meeting the needs of increasing water supply to meet the increasing demand is pushing things to the brink and a possible water supply crisis, worse than the one in 1998 may be the end result soon.

As water tankers started to be deployed over the past weeks around the already affected areas, the State government continues to insist that everything is well and that water level at the dams is ok.

I was living in KL in 1998 when the water crisis hit back then. I remember old folks struggling to carry water buckets up to their flat units, people washing at streams etc etc. It was not even a permanent problem back then. Just an extremely hot weather drying up water supply. The authorities back then worked promptly to solve the problem. Then Works Minister S.Samy Vellu was on top of things at that time...if I was not mistaken. Still people suffered.

Johor government learned a thing or two from that crisis. It upgraded its water supply system to mitigate potential shortage at a huge cost. The loan it took for the endavour from the Federal government had at one point caused it to be accussed of going bankrupt. Still, Johor was hit with a spate of water shortage problems such as the one in central district of Kluang on Chinese New Year day three years ago. It almost turned into a racial issue as more than 50 per cent of Kluang population is Chinese. The State government was quick to react. It was after all a drought season which caused rivers in the district sunch as Sungai Semberong to be reduced to the size of a longkang. MB Ghani set the proposal and several months later, PM DS Najib Razak during his visit to Kluang announced that another water dam costing several million ringgit to be built near Kahang to avoid another water shortage in Kluang.

Now, I wonder if Selangor MB Khalid Ibrahim can spare some time away from fending off the attacks by the Azmin Ali's faction to handle the looming water crisis set to hit his State and the Klang Valley, the so called bastion of PKR after 2008. Or maybe it's more conveniet to later on blame Najib and Umno and BN when the water shortage hits the rakyat?
Posted by BIGCAT at 11:46