I did a bit of calculation on my friends and dear ones last night. The sum up made me realised that they are made up of more Pakatan inclined people than BN.

Even my Chinaman is DAP-inclined.

Among my nine siblings -three brothers are hardcore Pakatan, another brother totally apolitical, while four sisters being hardcore BN. (Pakatan still wins here because one of my brothers got a large family and his children were all indoctrinated with Pakatan beliefs)

Among my friends, the older more sensible ones mostly supports BN while the younger and idealistic ones supports Pakatan. The younger ones outnumbered the older ones, of course.

Well then again, my circle of friends is not so big and it's confined to the lower middle class section of society, which is largely where the Pakatan support base is strongest. So, it's not really the true reflection of the current balance of influence between the two sides.

Still, I think BN need to work harder in winning over the segment of society in which I belong.

Irrespective of race, we tend to feel trapped in the lower middle income urban nightmare and have to fend for ourselves all the time. The government seems to be irrelevant in our times of needs. 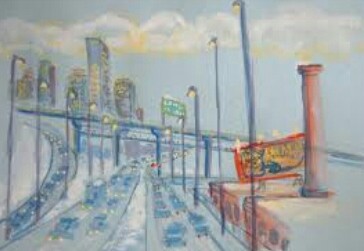 The government doesn't seems to really care for us as it seems busy with Felda settlers, lower income people and others. Maybe some may think it's not fair for us to think that way, but we can't help it, ok? We do work hard to get to where we are today and what do we get for it from the government?

Yup, if BN really want to break new ground before the GE13 (which should be within two months from now), it should show some love for people like me by doing something to make our life better and that there is a hope for us to further improve it.
Posted by BIGCAT at 08:51