Malays need to be glamour-proof

Watched the Malaysia-Thailand match alone at home. Miss going to the mamak at Bandar Baru Uda in JB with my friends to watch such matches.

Anyway, the 1-1 result was a little disappointing. Now it's quite an uphill task for the team going to Bangkok.

Nonetheless, I think the players tried their best. The goal by Idlan Talaha was superb and it was the result of good team work. 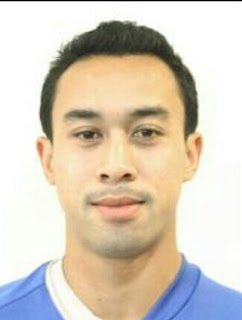 The only faulty part of the team was they started to play a bit too defencive after that goal. Still it was not too bad. The Thai's equalising goal was not really the fault of any players. It was simply good.

Now the Thais not only have home advantage but also away goal advantage. In my humble opinion, Malaysia have no choice but to go all out on the attack when playing in Bangkok. If they play at the same pace as tonight, then I think that's the end of the road for them.

Whatever it is, I think the team this time was not as good as the one which won the last tournament. Although playing not too badly, some look rather jaded. Maybe after winning the tournament last time, they were not so hungry for success anymore. Maybe the glamour back then when they were the champion affected their game to a certain extent.

What happened to Apek the goalkeeper? He was superb back then. Pity.

I hope the team which consists of mostly Malay players will bounce back and erase the suspicion that Malay sportsmen easily wilted under the spotlight of glamour.

Many cases like that la. Successful a bit become big headed. Starts to date some artiste somewhere and behave like one. After awhile their game washed down the drain.

They need to emulate the discipline of Nicol David and Lee Chong Wei.

In politics also Malays need to be more disciplined and not lose their head.

They need to stop being too big headed just because of a little success. Just because now can afford to drink cappuccino in a cafe in Bangsar, they think they are so liberal and canggih. Forgot their root already. Forgot that back then they managed to have what they have now because of the scholarship and quota given to them as Malays.

They need to stop being stupid Malays who want to give away everything which were supposed to be inherited by their descendants just to fit in into the cool liberal set.

Eh....what is this lah....I'm supposed to do a short posting about football and now ended being emo about the future of my Malay race who may one day become extinct because they were too magnanimous.

Ok. enough lah for tonight. Don't want to be angry angry anymore. Got head ache again. Need to take my medication and sleep. Good night.
Posted by BIGCAT at 00:32