The pre-election Umno general assembly ended today with DS Najib Razak telling party members to unite and support the leadership when it's decided who among them will be candidates in GE13.

The only real worry Najib has is if the Umno people who are not choosen betray the party. This happened so many times before. What to do, selfish bastards are everywhere.

Ok, that's actually small problem compared to the one caused by BN's component parties. How loyal are they to BN? Will all their members vote for BN candidates or at least refrain from voting for the opposition?

I have my doubts on this matter because I had seen how pissed off Johor BN chairman Datuk Abdul Ghani Othman was when during one of his visits to the ballot box areas, he was told by the MCA rep that they can get only 20 per cent of Chinese support there. Ghani knows that more than 40 per cent of Chinese in the area were MCA members.

They can't even get their members to vote BN, yet asking for everything under the sun including more seats.

Tomorrow, PPP is going to hold their congress and it will be officiated by Najib. I hope he tells them to get real. PPP, I heard is asking for up to four parliament seats. 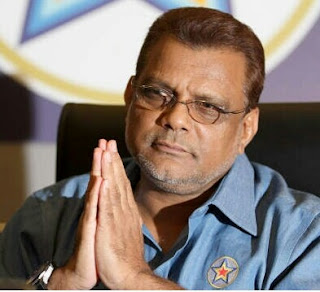 Kayveas, you are mad or what? Najib got enough problem already, don't make life more difficult can or not?

And all these seats have to be Umno seats as the other component parties will never give up their's.

Well, if Kayveas really pull off that stunt tomorrow asking for Najib to give him and gang that many seats, I think I will hire some mafia to catch and throw his sorry ass into the Klang River. Kerja tak buat, mintak kerusi je tau nya.