Something is definitely brewing ahead of the DAP congress in Penang this weekend.

I believe the DAP leadership had miscalculated their level of support within the party by calling for a party election so close to the GE13.

The move was actually meant to dispel allegations that the party was undemocratic as it has several times postponed the party elections.

But what was supposed to be a walk-over for the Lim family's cronies, who hold power via the all powerful central executive committee may turned into a disaster for them.

The outcome of the Wanita and Youth elections last weekend may well be signs of what's coming - a piece of virtual brick flying into Guan Eng's face.

The most telling was the defeat of Guan Eng's political secretary Ng Wei Aik who contested the powerful Dapsy secretary post.

He lost it to Tan Hong Pin of all people. 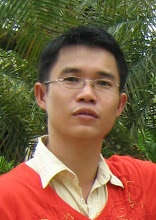 As everyone knows, Dr Boo, who is the Johor DAP chief and opposition leader is no friend of Guan Eng. He is up to his nose down in JB fighting Guan Eng's minions in the likes of Gwee Tong Hian of Bentayan and Ong Kow Meng of Senai.

It will be interesting to see if Dr Boo could improve his position in the CEC after Tan's success in Dapsy.

If the undercurrents at the Dapsy and Wanita polls holds true, Guan Eng and his father may find themselves at their wits end to stem the tide of dissent against their family rule in the party.

I'm waiting with great anticipation of what's coming from Penang this weekend.
Posted by BIGCAT at 20:07