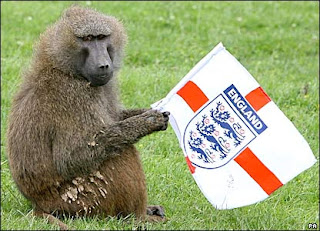 One of the things which I considered as fortunate about our colonial past was that, of all the Western powers that went about taking over other people's countries, we ended up with the English.

The English, though of the same colonial bastards gang that they are, were in my opinion much better than the French, Spaniards, Dutch, Germans, Belgians, Italians etc.

They were comparatively less harsh than the others - for instance, most of the Malay states were technically independents. They were merely protectorates. Johor which was the last to receive English advisers to its State government was technically never a colonised entity.

That was until they tried to impose on us the Malayan Union which would had put us directly under their control. Even when Umno peacefully protested against that, they were decent enough to consider it without trying to force the whole thing down upon us. The English did not just came, seized the land and killed everybody like what the Spaniards did in the Americas where they wiped out all those ancient civilisations of Mayan, Aztech, etc.

When they left, the English left behind a good working administrative system. The education system was also among the best for a colonised country at that time. The economy was on a relatively good footing to take off.

They also did not go too abruptly and left us in a state of anarchy. Many Brits fought and died along with our soldiers against the communist insurgents.

We may had some quarrels with the English after Merdeka but our relations are still special to these days. Many Malaysians still regard Britain as some sorts of a big sister country. London is probably still the destination of choice for Malaysians travelling to Europe. I have to admit that some of my best travelling was done in UK.

Well, nonetheless, my thinking about the English colonial masters is about the same as this Scotsman, thus the title of this post :-)


Anyway, why this so anglophile dribbles by me at this wee hours of the morning?

Hmmmm...actually it's because Kate and Billy are here :-)

Here's one of the stories on them in Malaysia by BBC

The Duchess of Cambridge: "It is so exciting to learn about the country's very first paediatric palliative care programme"
Continue reading the main story

The Duchess of Cambridge has given her first official speech abroad, while visiting a hospice in Malaysia.
She described the support provided for terminally ill children, by the centre in Kuala Lumpur, as "life-changing".
The duchess and her husband travelled to Malaysia from Singapore, where they had begun their nine-day tour of the Far East to mark the Queen's Diamond Jubilee.
She said the couple were "hugely excited" to be in Malaysia.
They were given a guided tour of the hospice, meeting staff and patients.
The duchess sat with 15-year-old leukaemia sufferer Zakwan Anuar, who had postponed a blood transfusion in order to meet the royal.
Asking him about his treatment, she said: "You must be very, very brave. Are you in pain? You're a brave boy. Thank you so much for coming to see me."
Zakwan told the duchess that she was "very pretty", to which she replied: ""Thank you. You're very handsome."
Afterwards, the boy's mother, Norizan Sulong, said: "Zakwan is normally very sleepy and in pain, crying, almost giving up hope, but today - my God - it was as if the leukaemia had gone."
She added: "God bless her. I cannot repay that kindness."
'Special place'

In her speech, the duchess said she had learned the importance of the care provided by such centres through her role as patron of East Anglia's Children's Hospices.
"Providing children and their families with a place of support, care and enhancement at a time of great need is simply life changing," she said.

The duchess offered birthday wishes to Zakwan Anuar, who had turned 15 two days earlier
"With effective palliative care lives can be transformed. Treatment, support, care and advice can provide a lifeline to families at a time of great need.
"This is a very special place and so much has already been achieved".
Institutions dedicated to providing palliative treatment for those with terminal illnesses are rare in Malaysia and across the Far East.
Doctor Ednin Hamzah, the chief executive of Hospis Malaysia, said the presence of the duchess and the duke at the hospice would send a message across the region about the importance of such facilities.
'Warmth and connection'

He said: "I think the duchess could become the champion for the hospice movement worldwide if she wants to take on that mantle.
"She is very natural with the patients, you can see a warmth and connection there".
The royal couple arrived in the country on a scheduled Malaysian Airlines flight, before meeting Prime Minister Najib Razak at his official residence.
Their last engagement in Singapore was to visit a memorial for Commonwealth casualties from World War II, where they laid a wreath on behalf of the Queen and the Duke of Edinburgh.
The couple are scheduled to visit a Malaysian tropical jungle, on Borneo island, before heading to the Solomon Islands on Saturday. They will finish their tour in Tuvalu.
Posted by BIGCAT at 08:14