About my FW190 and Ghani

My old car was not behaving very well all the way from JB to here earlier this morning. True enough, when I checked, it turned out that the front tires were in really bad shape. It was only then I remembered that the worn out pair were already more than three years old. Now I'm at a tyre shop in Klang waiting for them to change the tires, do the alignments and other things. Getting bored and decided to do this posting. Good that the shop got wi-fi. Anyway, the mechanic said it's going to costs me about RM600. Well, there goes my plan to shop for some nice stuff for the new place.

Anyway, today is World Car Free Day...hmmm, I don't think the campaign will be successful in this country for now. Our public transport system still needs major improvement leh. I think the Pakatan people had even devised a solution for the problem - lower the prices of cars they said.....I was like, duhhhh....sorry, forgot, these people would do anything to get more votes.

Whatever it is, personally, I am afraid I can't do without my old car. I love it too much despite it being almost 20 years old. It's my FW190. 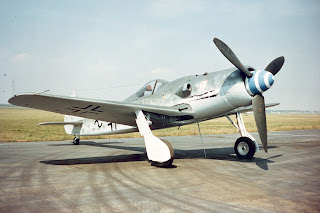 Errr...still have to wait some more.....rim ada bengkok sikit, need to repair a bit, said the mechanic.

Surfed around....and found a nice interview given by Johor MB Datuk Abdul Ghani Othman at the NST today. Nice to know that Iskandar Malaysia is doing well despite all the nonsense that I heard. Somehow, with Ghani around, I don't think I should worry too much about Johor. I cut and paste the whole article for your reading convenience (Guess I will be doing this more often for Johor stories from now onwards).

Johor Menteri Besar Datuk Abdul Ghani Othman says the state government is committed to ensure that there is enough training programmes for local job seekers. Pic by Mohamad Shahril Badri Saali
1 / 1
JOHOR BARU: ISKANDAR Malaysia has created up to 300,000 job opportunities so far, and it will continue to have a spillover effect on various sectors of the country's economy.
Menteri Besar Datuk Abdul Ghani Othman said the southern Johor growth corridor, which is led by its key driver Nusajaya, had seen the creation of jobs in various fields.
He said the number of job opportunities available for the local population was an indicator of a balanced sharing of wealth in a certain country.
"The sharing of wealth among the people, be it through development in the property or other sectors, is determined by the number of jobs available for locals.
"In this regard, Iskandar Malaysia has produced almost 300,000 job opportunities," he told the New Straits Times ahead of the Nusajaya Carnival today.
Ghani said with the rising number of jobs in Iskandar Malaysia, the state government was committed to ensure that there were enough training programmes to enable local job seekers to meet the demands of this burgeoning job market.
"There will have to be a collective process to train or retrain workers, and this is continually being done to ensure workers possess new skills that could match with the new jobs."
Ghani said having a strong employment rate was crucial as some Western nations were facing financial crises because of the lack of employment opportunities.
On the ongoing development of Nusajaya, Ghani said almost 40 per cent of its component projects totalling RM17 billion had been completed.
The total development of Nusajaya is worth RM75 billion.
He said the completed projects were Legoland Malaysia, Newcastle University, Marlborough College, Puteri Harbour and Kota Iskandar.
The projects slated for next year are the Puteri Harbour Phase 2 and 3, Indoor Theme Park, Traders Hotel, campuses for the University of Southampton and University of Reading and Pinewood Iskandar Malaysia Studios. Other projects slated to take off next year are the second phase of EduCity, Medini and Netherlands Maritime Institute of Technology.
On the spillover effects to other sectors, Ghani said the retail, food and beverage and hospitality sectors had seen the benefits.
"In these recent weeks, we have seen its effects on the hospitality sector as hotel bookings have gone up because of the opening of Legoland. This impact is also felt in other businesses, ranging from food to services sectors."
Ghani said Iskandar Malaysia would also enjoy a spillover effect following the development of the oil and gas hub in Johor's southeastern coast of Pengerang.
"With the oil storage facilities in Pengerang, Tanjung Langsat and Tanjung Piai, it will turn Iskandar Malaysia into a centre for oil and gas trade."
More than 60,000 people are expected to turn up at the Nusajaya Carnival this weekend.
Organised by Khazanah Nasional Bhd, UEM Land Holdings and Iskandar Investment Bhd, the two-day carnival will be held at Dataran Mahkota, Kota Iskandar in Nusajaya.
Job seekers will also benefit from a job fair featuring 29 companies.
Posted by BIGCAT at 12:07